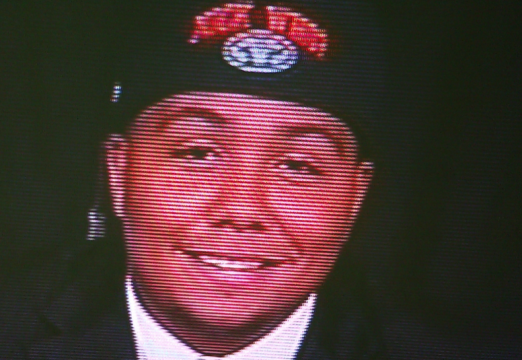 Gabe Wright, who ESPN ranks as the No. 3 defensive tackle in the nation (and the No. 26 prospect overall), was not, in fact, calling out Nick Saban with the custom embroidered baseball hat he chose to signal his intentions to play for the Tigers. He was declaring himself a challenger to Nick Fairley’s Auburn championship belt.

T’was a bold move, to be sure, but entertaining… and perhaps the only thing he could have done to upstage fellow Carver High School standout Isaiah Crowell, who committed to Georgia by pulling a live, nameless Bulldog puppy from a sack.

For his part, Nick seems down with it.