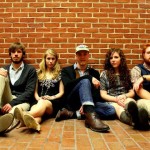 Waverly, Ala. caused a commotion in 2001. That was the first year of the Waverly Boogie (formerly known as the Old 280 Boogie), a music-centered street festival held annually in the small town of each April. But this year, the cultural mover and shakers at Waverly screen printers Standard Deluxe who organize the even decided […]