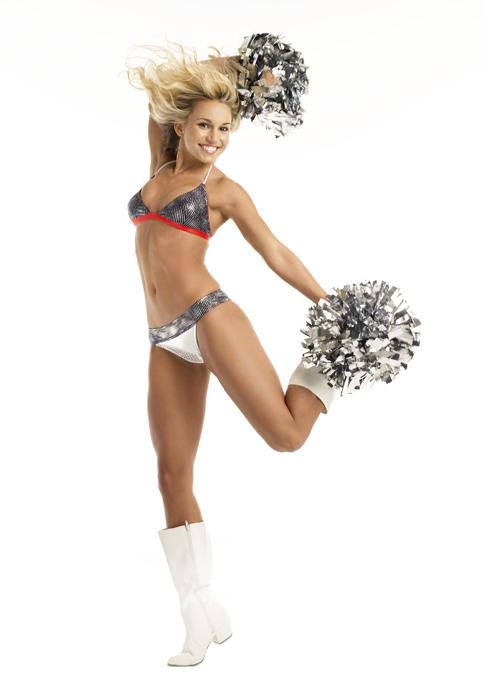 For a few weeks in early 2008, there was but one goddess of the Auburn internet. She was an Auburn student named Jessica Trainham. And she was a cheerleader.

For the Atlanta Falcons.

“Some people did assume I cheered for Auburn, but I always give them my spill of how it all worked out,” Trainham says. “It’s pretty uncommon for an NFL cheerleader to skip over college cheerleading and go to the pro’s while in school, but I transferred to Auburn from Columbus State and had to wait a semester to try out (for Auburn’s cheerleading squad) so I figured I would take a gamble and try out for the Atlanta Falcons. So I did, and the rest is history.”

When Sports Illustrated was filling an NFL cheerleader photo spread in its 2008 swimsuit issue, they reserved a spot for Trainham, then just 22.

Currently working and living in Miami, the Phenix City native still thinks appearing in the magazine was one of the best professional decisions she’s ever made. 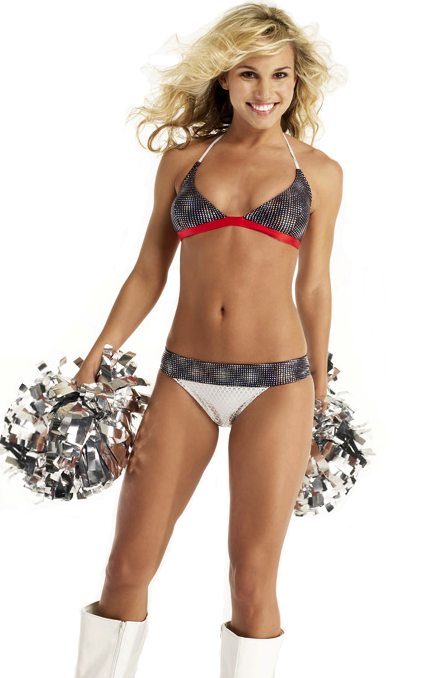 “I work as a fitness model and having that on my resume seems to impress a lot of people and help me land gigs,” she say. “The best thing about the whole experience was the fact that I had the opportunity to appear in one of the largest, well-known magazines in the country.”

Would she ever pose for another large, well-known magazine that promises aspiring models a leg up on their career, but that’s sold in plastic bags, one that came to Auburn looking for fresh talent when Trainham was in school in 2007, and that came back this April?

“It seems so many girls get caught up and think that posing nude will help their career, but unless you want to work in that industry it only hurts you,” Trainham says. “You have to be very careful in the entertainment industry and understand how it all works. I’ve never considered it because I know what type of image I want and also, morally, it’s not who I am.”

In addition to her work as a model, Trainham is currently pursuing a career in television.

“I had three wonderful years as an Atlanta Falcons Cheerleader and also one year with the Tampa Bay Buccaneers. Cheering for both teams has
changed my life and I have wonderful memories from both organizations,” she says. “I’ve hung up my uniform for good, but I still love NFL football
and the whole experience!” 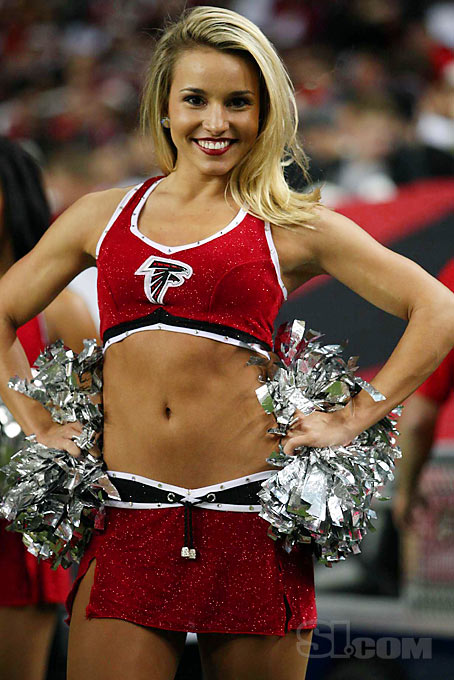 “I remember being really young and carrying around orange and blue pom poms on gamedays at my house growing up,” Trainham says. “My family are all Auburn fans and I’ve always loved my Tigers! Last year I came back for the Auburn-Georgia game and I’ll be back to watch us beat Bama for Thanksgiving!”

Photo of Trainham on the beach by Brian Thomas Rickey (see more here); cheerleading photos via SI.com. To see all 25 photos (plus a video) from Jessica’s Sports Illustrated photo shoot, go here.