This Week in Auburn History 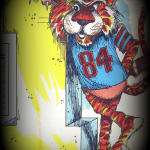 8/24/1985: The new preseason Associated Press poll ranks Auburn No. 2 behind Oklahoma. “Well it’s obvious to me that the people who voted didn’t see the scrimmage I saw today,” said Pat Dye. 8/24/1993: Auburn officials decide to take an NCAA-imposed TV ban. The opener vs. Ole Miss is still scheduled for Thursday, September 2nd. […] 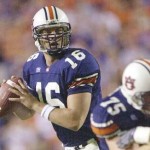 A new, weekly column (self-explanatory). 8/17/1984: Coach Pat Dye cites a lack of leadership at practice due to the extreme heat: “We didn’t get the kind of leadership out there on the field that we need to be a championship football team,” said Dye. 8/18/1993: The NCAA places Auburn on two-year probation stemming from allegations […]