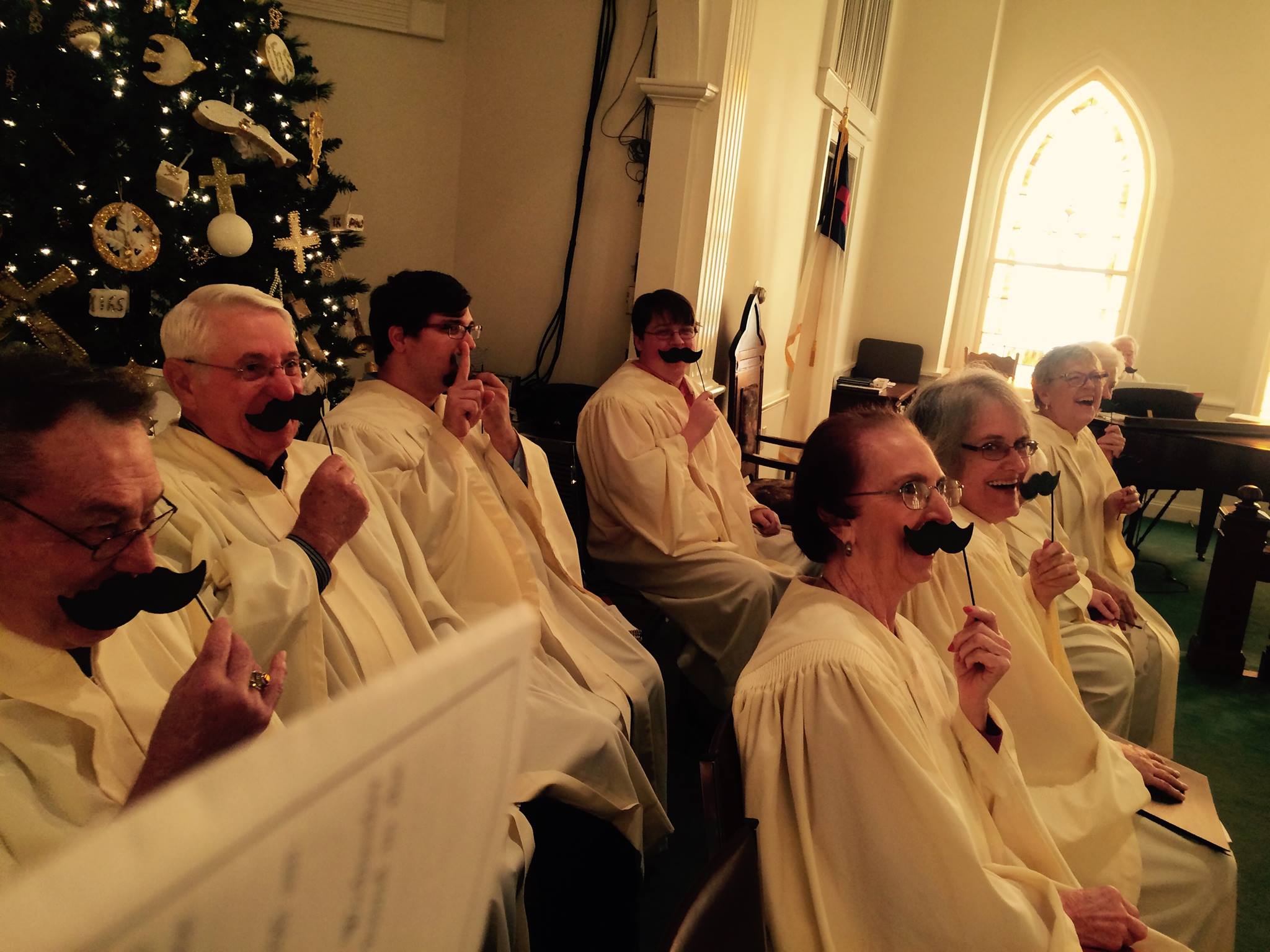 Mustache Guy walked up to the pulpit and started reading the Sunday announcements. Correction—Lucas Tribble walked up to the pulpit. The mustache had been gone for two weeks—he shaved it off “immediately after the Iron Bowl”—and the ‘Net fame the Auburn University senior in industrial engineering enjoyed as the harry-lipped hero whose stoic, MegaTron’d stare captured the hearts and harnessed the hopes (and inspired the poses) of Auburn fans struggling to survive the 2015 season had died down. Mt. Zion Methodist no longer had a meme for a youth minister. Things were back to normal.

Then he looked up.

“I noticed three people holding up these mustaches,” Tribble says. “I thought, ‘huh, that’s kind of stupid.’ Then I noticed everyone doing it.” 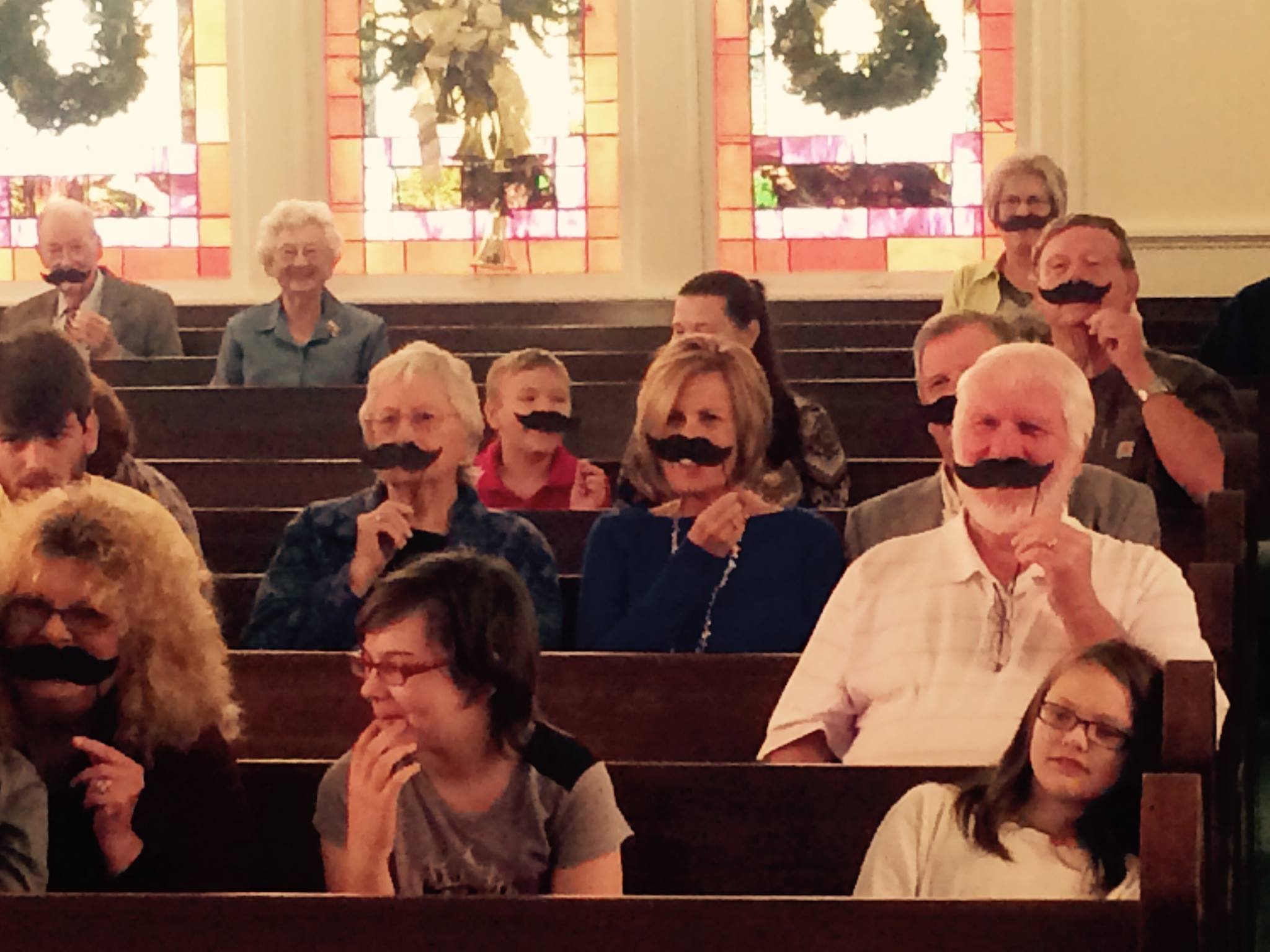 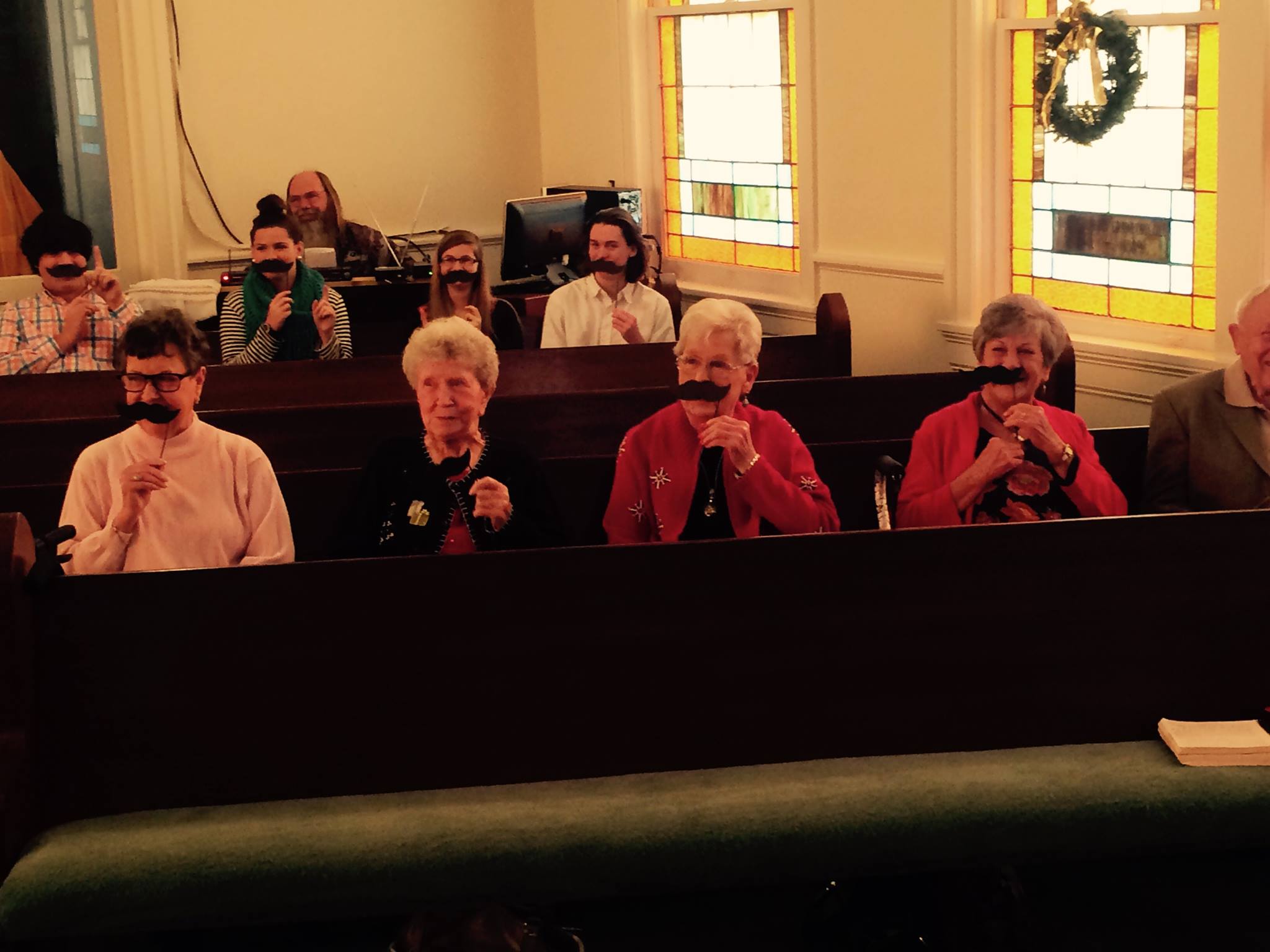 Most of the congregation at the small Smiths Station church was holding sticks bearing a black cutout of a mustache to their faces. Even the choir got in the act.

“I started laughing,” Tribble says. “I said, ‘y’all are ridiculous.’ Then everyone busted out laughing.”

Then choir member Micki Thornhill busted out a giant ‘Stache stick for Tribble to keep for his very own. 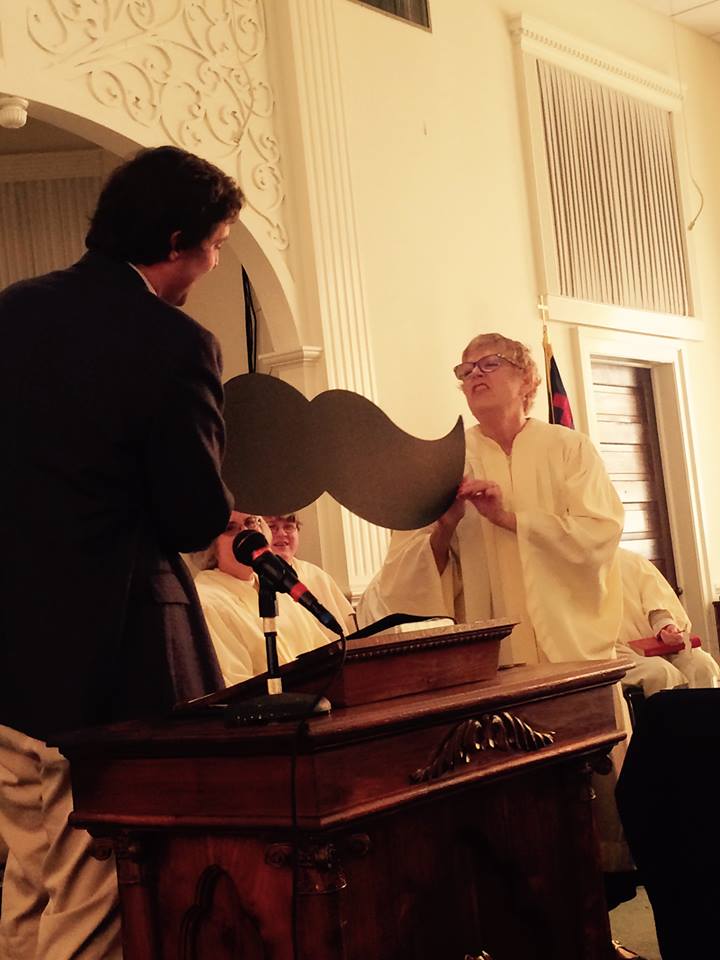 Help TWER to keep on keepin’ on…