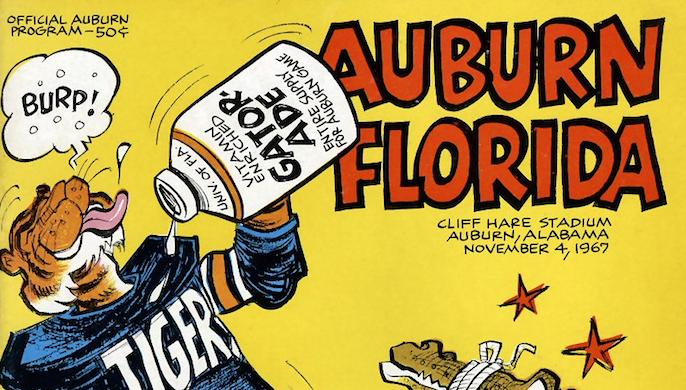 Because despite the magical new energy elixir powering the team (or at least part of it or something) to a winning season, they lost — again.

And they weren’t just flavored — they were favored, too. Everyone said Florida would win by a touchdown and Bud Wilkinson would narrate an Auburn defeat for a regional NBC audience… and on homecoming, no less! 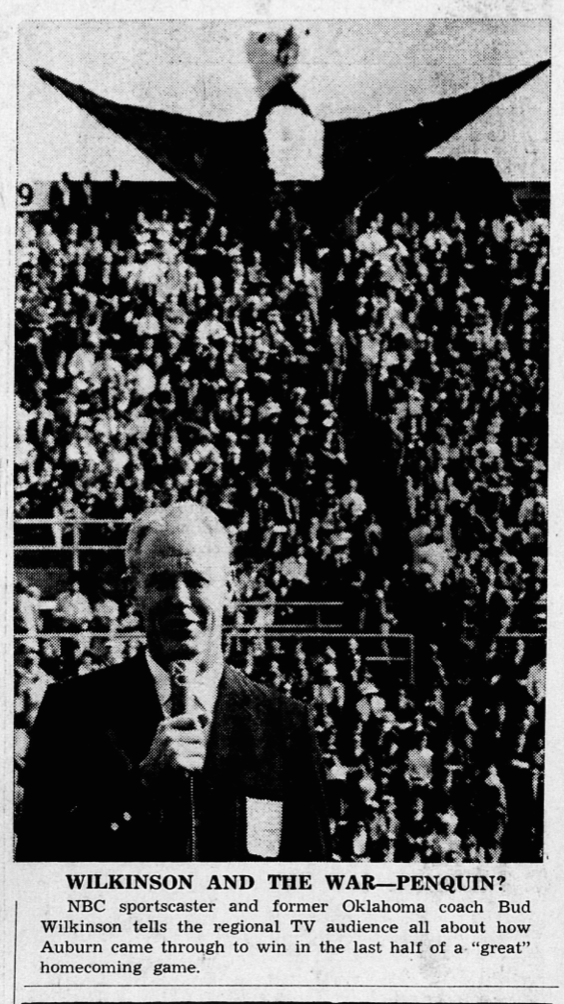 Instead, Auburn mounted a second half comeback. But the Fighting Gatorades were supposed to own the second half! That’s when the stuff was supposed to kick in, made a difference.

But it didn’t. Sugary water was no match for Shugary Auburn. 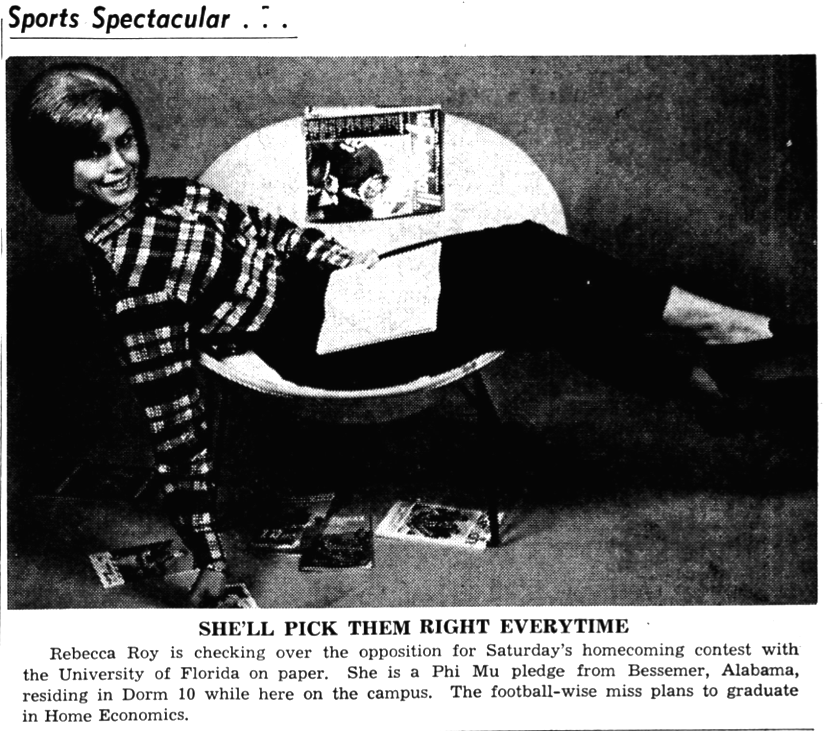 Auburn linebacker Bill “Clairvoyant” Cody snagged an errant Steve Spurrier pass in the third quarter and took it to the house, deja-vu style. 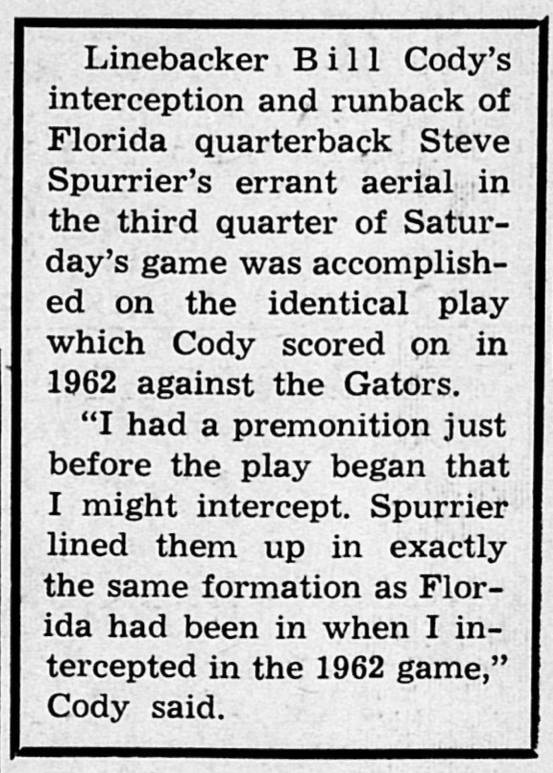 He later fell on a Spurrier fumble in the end zone. 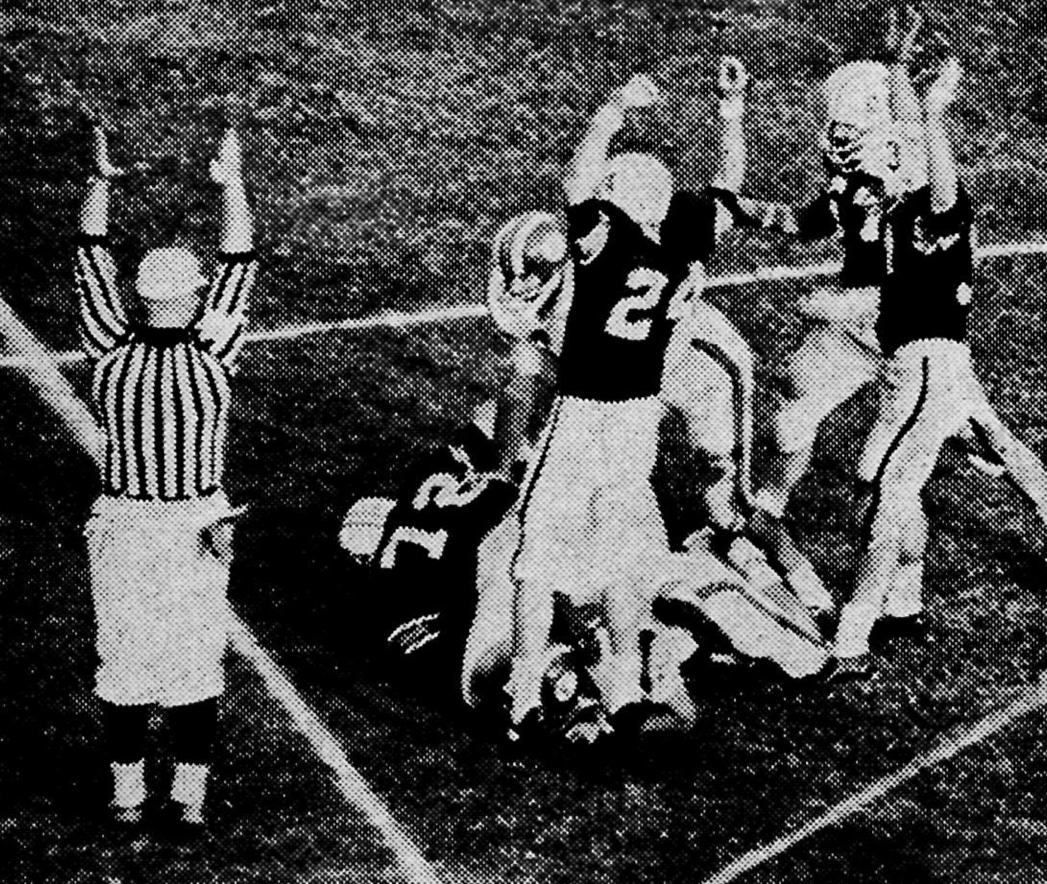 “School spirit and salt tablets — that’s what Auburn football does,” Shug (probably) told this young man after the game. 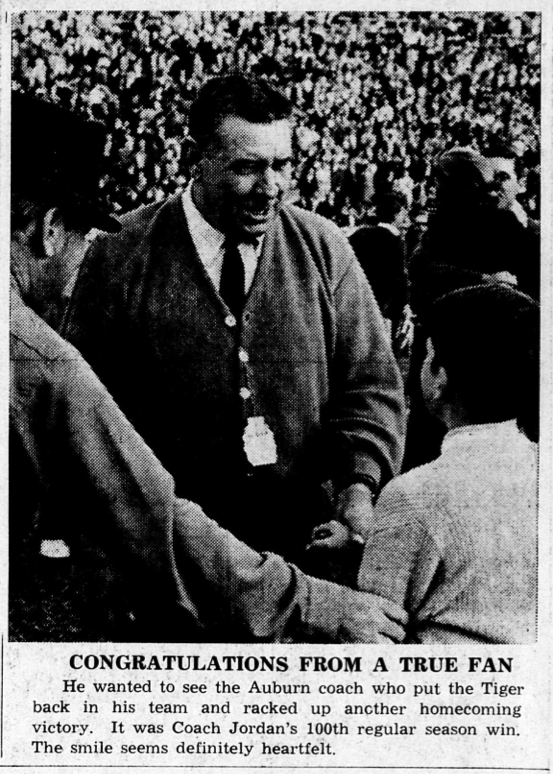 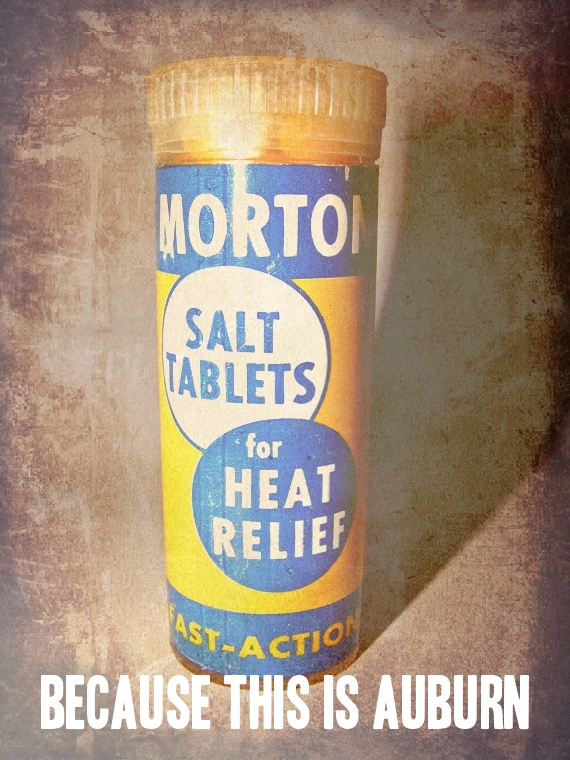 Sure, Spurrier pretty much won the Heisman on a game-winning field goal that Auburn never thought he would make in Gainesville the next year.

But in 1967, the year Gatorade really became a household name, we put the electrolyte-weights back under our thumb… with another second half comeback win, just as the wonderful Phil Neel prophesied. 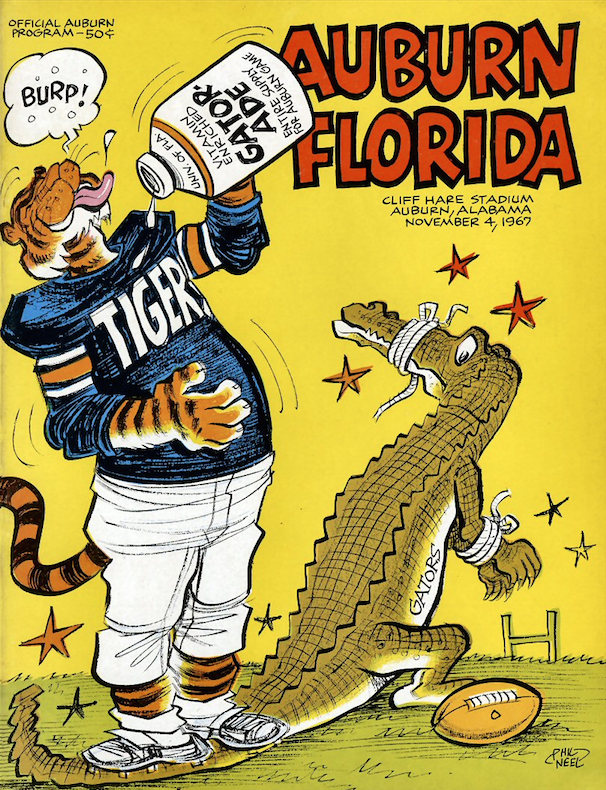 Auburn blocked two punts in the third quarter and scored 20 points in three minutes. The Gators’ thirst for their first win in Cliff Hare Stadium would not be quenched. Auburn 26 – Florida 21.