Sure, Auburn may have cancelled classes and held memorial services and flag-raising ceremonies and a military tribute where an estimated 1,000 people showed up. But according to at least three Auburn coeds, the true measure of Auburn’s respect for the office of The President should be determined by how much time and effort and solemnity could be mustered to honor John F. Kennedy at the home football game against Florida State (Auburn won 21-15, by the disrespectful way, Bama was up next… won that one, too) played the day after his death.

Not enough, they thought—the university dropped the ball. Actually they couldn’t believe the game was played at all. And they let the Plainsman know it. 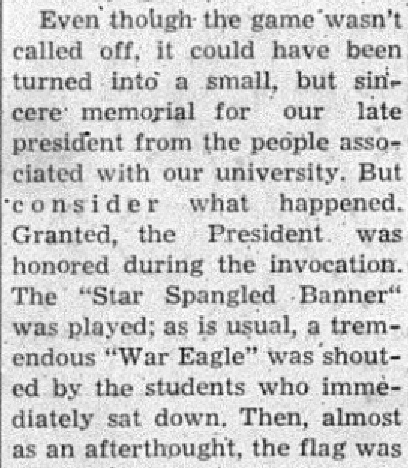 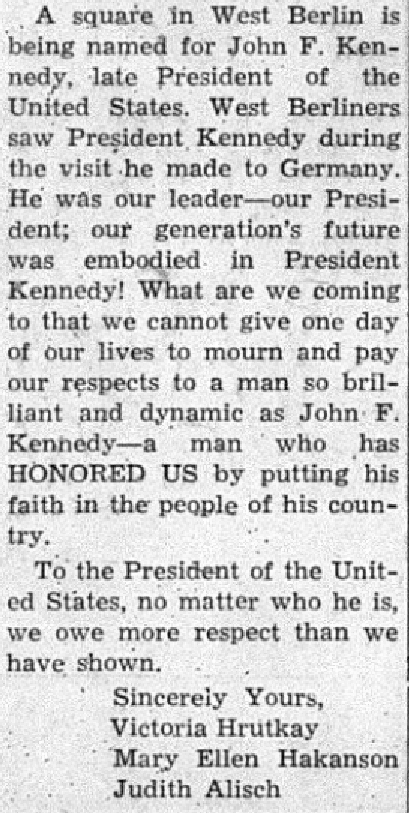 Here’s a photo of the flag and fans at the game.

Related: The Plainsman’s editorial on the the death of JFK and JFK’s letter to Auburn.