They lead the series by like six games or something, not that much. But I hang out in the 60s and 70s a lot and it just kind of sucks to see L’s next to LSU. You’re like, what gives? Why is our record so poor against these horrible people during a stretch of years when we had good teams that were beating good teams? (Were they paying their players then, too?)

And then you realize that, man, we just didn’t play them a lot until the 80s and, really, the 90s. But I don’t think I really realized how little we played them back in the day until trying to gather the Phil Neel vs. LSU programs. There are two of them. In 17 years worth or programs. So two Neels equals four games, right? 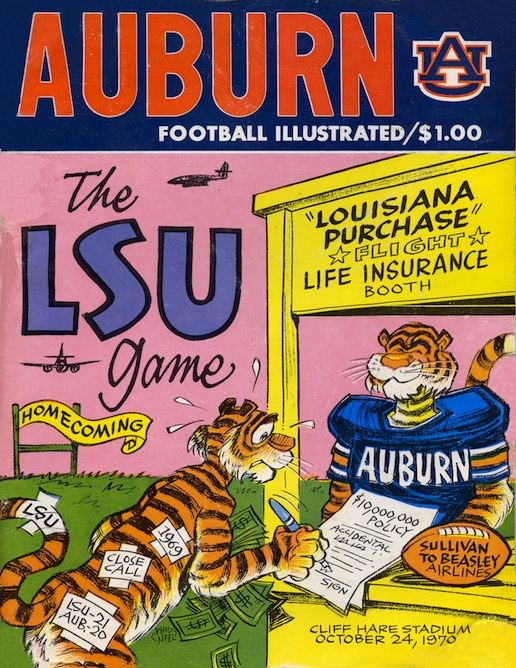 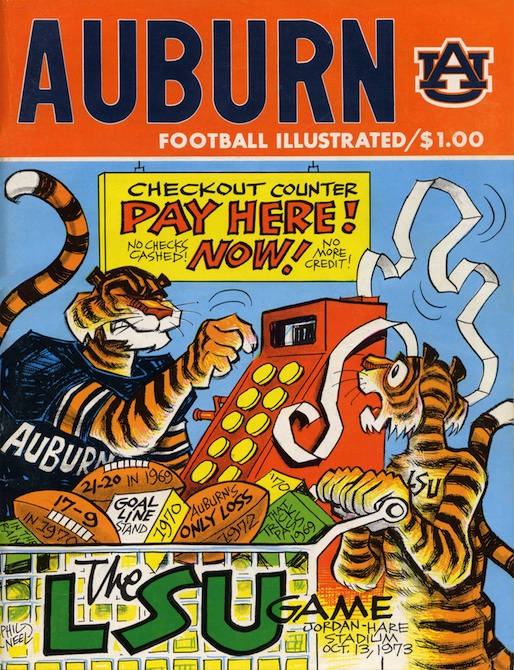 Related: The Night They Weren’t Amazin’: Never-before-seen photos from the 1972 Auburn-LSU game.