Philip Lutzenkirchen, God rest his hip, won’t be on the field Saturday. But he’ll be on the cover of the football program nonetheless. Or at least a comic bookish version of him will be on the cover, joined by  Onterio “Lightning Palms” McCalebb. (I mean, that is them, right?) 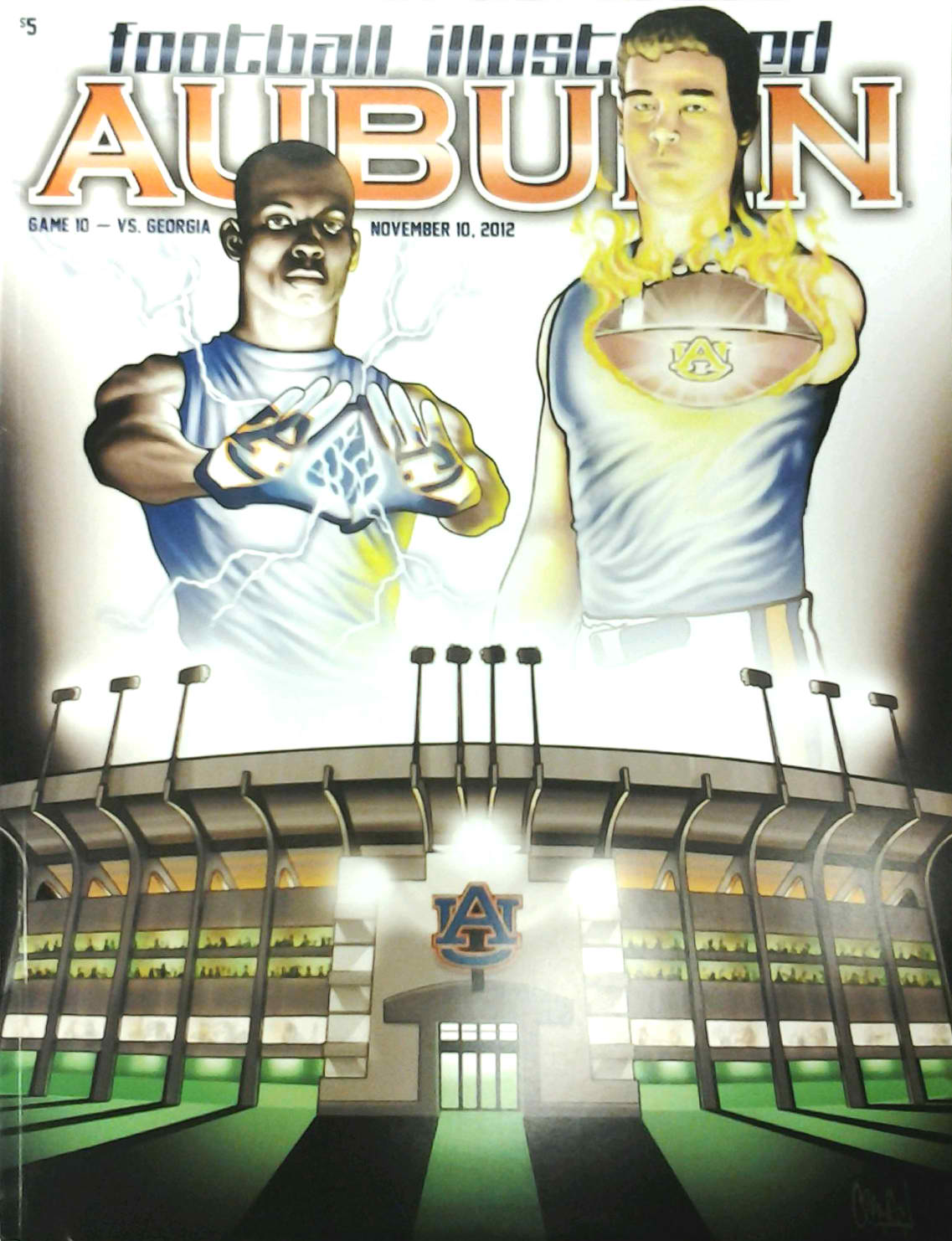