According to this comic from a 1949 issue of The Plainsman, when it comes to Spring Break, there are three types of Auburn students: The beer-guzzlin’ beach bum, the pi-lovin’ 98 lb. weakling, and the red-blooded, rat cappin’ freshman. 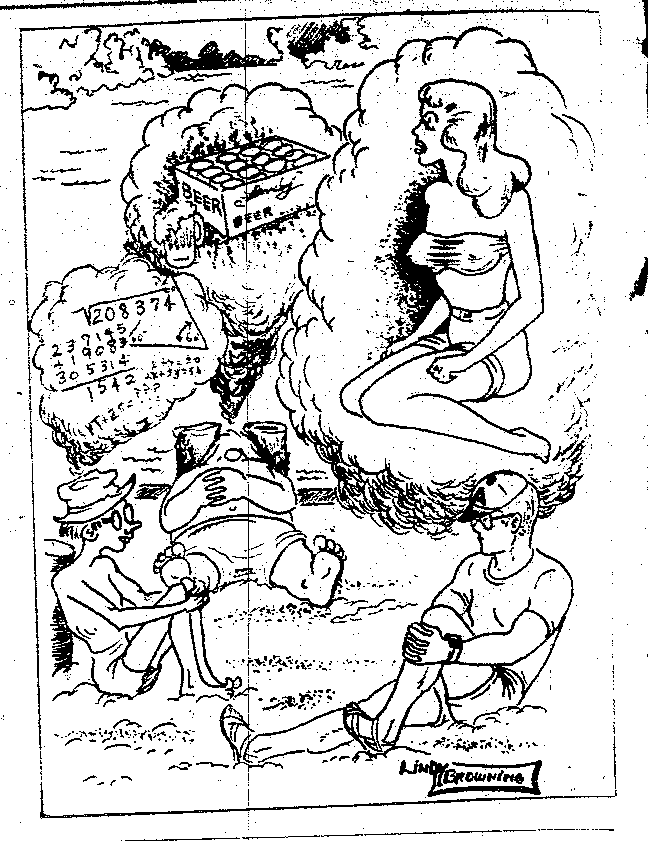 I wish they all could be Chewacla girls…