Sports Illustrated thought Knowshon Moreno’s recent run-in with the law—he was arrested for DUI while driving 2007 silver Bentley convertible, license  plate: “SAUCED”—was a perfect excuse for a gallery of athletes and their vanity plates. 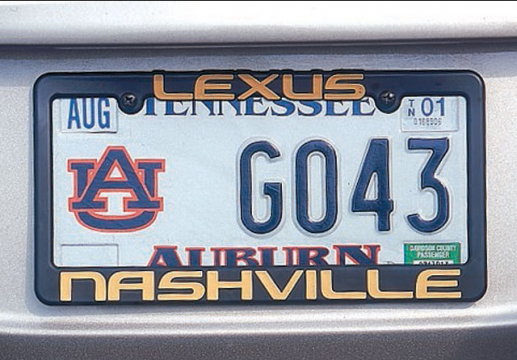 At first we thought Del Greco was just a huge Philip Lutzenkirchen fan… from way, way back. Like, prophetically way back. But, ah, no—one of Auburn’s greatest kickers ever, then kicking for the Tennessee Titans (with a No. 3 on his back), probably meant that to read not GO 43, but GO-4-3. Field goals. Michigan-killers. Del Greco-style.