Auburn’s revamped 2012 conference schedule accomodating the addition of Texas A&M and Missouri into the SEC was released today. Auburn dropped its road game at Florida next season in order to play the Aggies at home.

Here’s a look via the Dec. 6, 1990 isse of The Auburn Plainsman at how we processed news of the last conference realignment, which split the SEC into divisions, and the subsequent schedule juggling. Click to enlarge. 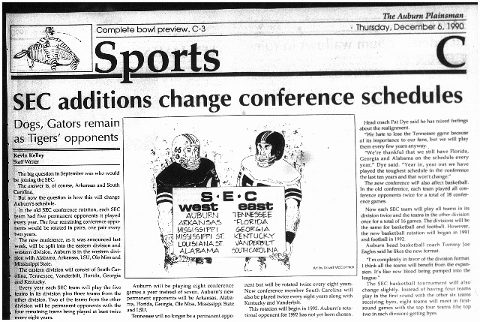