Homecoming was just another day at the office for Auburn’s sensational sophomore. A healthy dose of carrying the rock put Mike Dyer in esteemed company. 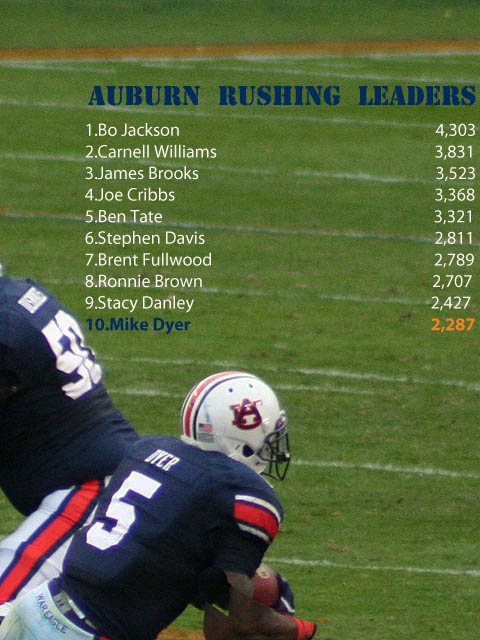 The man now in 11th place all time in school history was a pretty special back, too. James Joseph saw Dyer run by him on this play because he was on the opposite sideline. Joseph coaches running backs at Samford.