Fans attending the Iron Bowl this Saturday will find Jordan-Hare Stadium newly adorned with a giant flag sporting an AU logo on the stadium’s east side. 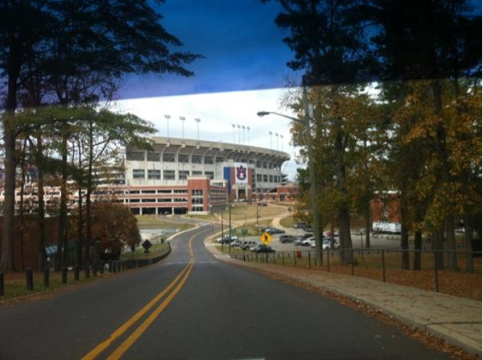 According to Auburn’s Athletics Department, the flag is intended as a backdrop for ESPN’s College GameDay program, which is broadcasting live from Auburn’s campus Saturday.

It’s now somewhat of a tradition.

“We’ve done it for past [GameDay] visits,” said an Athletics Department spokesperson.