It took him 30 or so years to think about it, and one month mostly spent waiting for the rare, freaky pieces you can only find between the cushions in the Netherlands to arrive in the mail to build it,  but Auburn LEGO luminary Eric Harshbarger has done it. 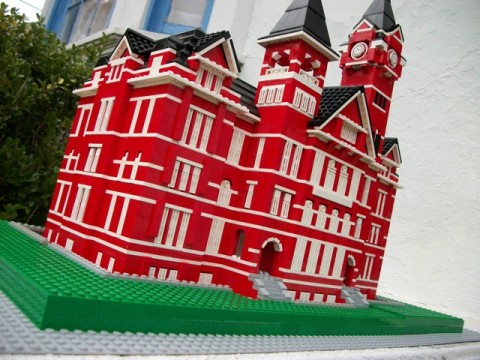 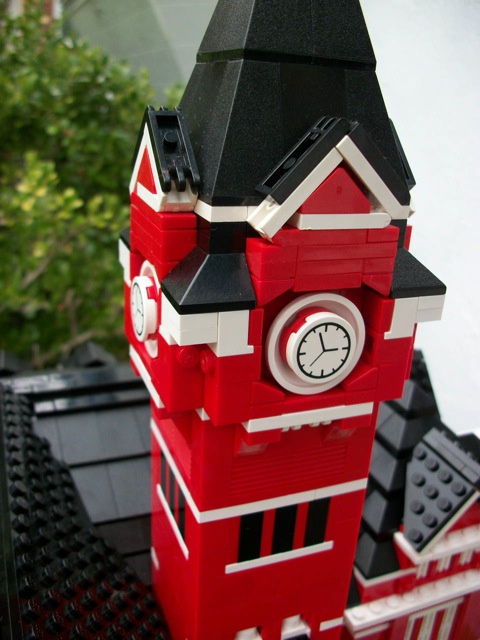 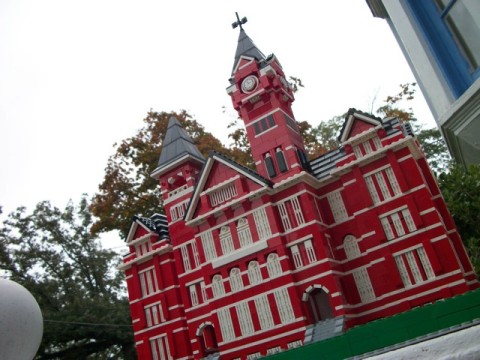 The model required over 4,000 pieces and sits atop two 48-studs base plates. The clock tower is approximately 19 inches tall. (Go here for more photos.)

“Many of the pieces needed are rare, and I had to make over a dozen orders from collectors around the world to obtain exactly what was necessary,” Harshbarger, a 1992 Auburn graduate, wrote today on his website (go there and be amazed). “Most of that month’s time was just waiting for the mailman to show up.”

Have $1,500? Want him to make you one? Write to him at [email protected] and start the dickerin’!