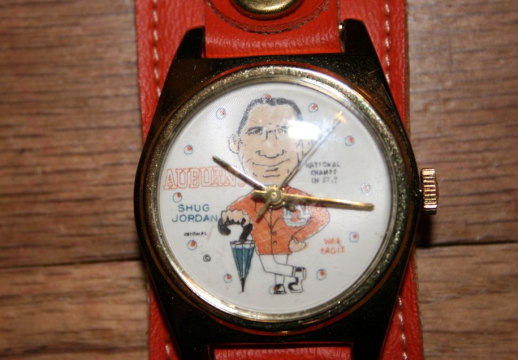 It was one of those rare, OMG treasures I sniped on eBay some lonely, wonderful night in 2006, since resold privately (and not at a loss) to a competing collector—the Flintheart Glomgold to my vintage Auburn memorabilia Scrooge McDuck—in order to pay some bills. But while I wore it, everyone I knew was named Carl, and their every guess at what time it was so very, very right.