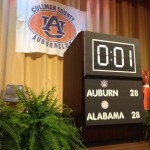 Gus Malzahn spoke to nearly 600 people Thursday night at a Tiger Trek event held at the Cullman Civic Center and hosted by the Cullman County Auburn Club. Wonder what the first joke was… how many times has Gus been there? Was it his second time there? Please tell me it was his second time […] 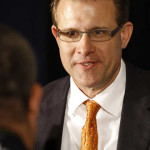 In February TWER was told Gus Malzahn, AU president Jay Gogue, and Auburn Mayor Bill Ham were likely candidates for the Celebrate The Tradition speaking gig. We were told right. Gus Malzahn confirmed his participation in the event this morning, and TWER has learned that he, Gogue, and Ham will joined by other Auburn VIPs: […] 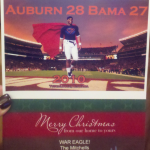 “T’is THE Season” continues with this delightful Christmas card sent The Malzahns from The Mitchells, Merry Christmas. Assuming this Buddy Mitchell to be friend-of-TWER Buddy Mitchell. Well done, Buddy. At what point will Cam Newton items become vintage? This is a profound mystery. T’is TWER policy to end / begin every Christmas-related post with the […] 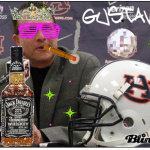 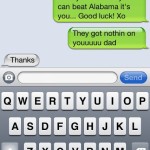 “Gus in his prime element… Hahaha we tried to lighten the mood but he beat us mentally.”