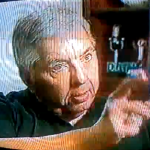 Jim Fyffe was the greatest, which is to take nothing away from Rod, who, Lord knows, is padding that portfolio himself these days (whew!). But Fyffe could put you there, even when there wasn’t a football field, even when he was just telling a story. Take this tidbit from that Twenty Years of Great Calls […] 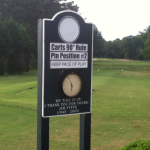 It’s been nine days and eight TWER tribute posts since the 10th anniversary of Jim Fyffe’s death and we’re still celebrating how awesome he was. And we’re probably not the only ones. We’re told Fyffe was a member at the Arrowhead Country Club in Montgomery, and folks there apparently remember him so fondly they have […]

Twenty-five great Jim Fyffe calls perfectly in synch with video of the plays he’s calling? This rscotta831 dude on YouTube is doing yeoman’s works. And you don’t get visual aids for the Over The Tops and Bye-Bye’s and Tillman Tillman Tillmans, but the just as awesome rare cuts, the B-sides. It’s good, it’s good, it’s […] 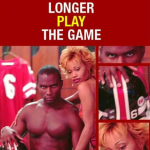 Jim Fyffe’s “Touchdown Auburn!,” which we’ve been revisiting this week for obvious reasons, is brimming with wonderful recollections of the highlights of the Pat Dye-era of Auburn football. And “the Eric Ramsey thing.” In his defense of Dye’s role in the scandal (from the chapter “With Him All The Way”) Fyffe writes: “The whole Eric […] 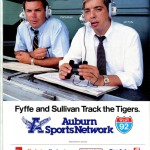 Guess this was technically 1984, at least if it was taken during an actual game and not posed (hard to fake looks of concentration like that), because this is actually from the epic Auburn Football Illustrated from the 1985 Ole Miss game.  But just look at these young bloods! War Eagle! Today marks 10 years […]