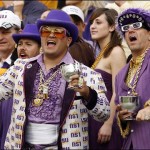 Expect LSU to be ready when they walk into Jordan-Hare this Saturday. Expect us to handle them. 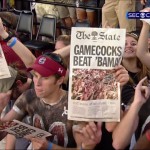 Worry Level: LSU could beat the Colts or lose to McNeese St. this weekend – they are capable of anything. 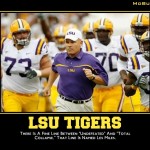 LSU looked like total garbage against a very bad Tennessee team. The Bengals scored a TD on the first play from scrimmage and the last, they outgained the Vols by almost double, but their inept offense is constantly tripping over its own feet. There is a fine line between “undefeated” and “total collapse.” That line is named Les Miles. TWER wishes we were playing them this week. 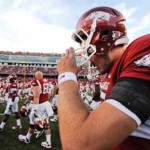 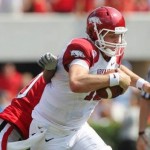 Let’s get right to it: THE RUNDOWN Week 4: South Carolina. The ‘Cocks played their first true cupcake of the season, munching on Auburn’s 2009 pals from Furman to the tune of 39-18. Marcus Lattimore kept doing his thing with better than 5 yards a carry, while Alshon Jeffrey added 97 yards on just 5 […]