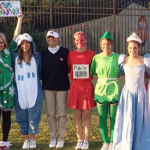 Two FSU fans were the talk of Twitter Monday thanks to their Halloween costumed commentary on Florida State quarterback Jameis Winston’s criminal crab legs cravings. Looks like an Auburn cheerleader kind of had the same idea. In addition to the princesses and Gus Malzahns, photos tweeted of a costume contest held Monday night at Auburn […] 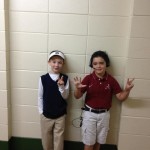 Beating Bama, being returning SEC Champs… it just feels like we’re entering another golden age of Auburn football, just like it was when I was six years old, when Pat Dye was the most famous person in the world. So it came as no surprise to receive a photo of six-year-old Micah Fuller dressed up […] 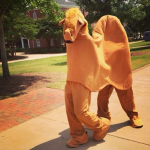 It was a wacky Wednesday on Auburn’s campus today as two unknown pranksters in a camel costume paraded past the students and food trucks and iPhones on the Haley Center concourse shouting “Hump Day” in celebration of the middle of the week. Like that Geico commercial (right?)… Will “campus humping” become a new weekly tradition […] 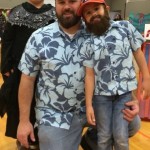 I once asked Santa to help me look like my dad when I grew up, so this photo of a kid wearing a fake beard and an Auburn hat because his dad wears a beard an an Auburn hat really resonates with me. It was posted yesterday on Reddit by user brookatthebeach, who wrote “My […]

Like a really bad Halloween costume, you know bad coaching or good coaching when you see it.  It may not be immediately obvious as the costume example, but if you focus on a football team over an extended period of time, the answer is there. Gus Malzahn and his staff have done an outstanding coaching […]