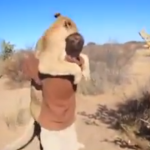 “Those other tigers?” That made sense. She had to be talking about Clemson’s freak, Mizzou’s guy, LSU’s dude — that’s pretty obvious. But who was “that lion that was hugging that man” that Aubie was so much better and cooler and nicer than? It was the lion in the video that Mattie Griffith happened to […] 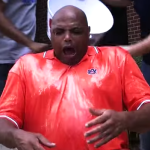 I keep being like, “OK, that’s it”, and then another good one with another Auburn guy comes along. Yesterday it was Pat Dye, today it’s Charles Barkley. (Can’t see it? Try here.) More Auburn folks doing the Ice Bucket Challenge: Gus, Bo, Jeff Foxworthy’s War Eagl’ing wife. h/t Perry Williams If you’d like to help […] 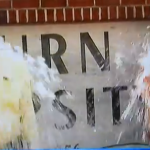 I challenged Dee Ford, Madonna, and Pat Dye. Pat Dye accepted. WLTZ cameras were rolling. Longtime promotional pals Dye and AU Board of Trustees president Jimmy “Yella Fella” Rane got the treatment Monday afternoon in front of the main sign on the Auburn University campus. It would have made for a great Osmose Pressure Treated […] 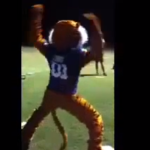 In preparation for football season, the Auburn University Marching Band has been putting in work—hard work. And this past Friday night, they were rewarded with good food from the Barbecue House and even better entertainment from Aubie, who believes in twerk—hard twerk. (Can’t see the video? Try here.) I don’t think I’ve seen Aubie break […] 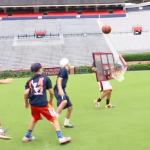 The great thing about this modern world and America and stuff is the freedom of self-expression. If you’re a grown man into My Little Pony, there’s an Auburn campus club for you. If you just want to hang out at Haley Center and smear frosting on your face, then yum yum. If you want to […]