Still Saturday in Our Hearts with Thor Burk 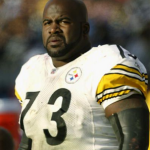 Kendall Simmons was a overpowering offensive tackle for Auburn earlier this decade. He was a first round pick (No. 30 overall), drafted by the Steelers in 2002. Converted to an offensive guard in the pros, he became a fixture on the Pittsburgh offensive line helping them win two Super Bowls. After an ACL injury in 2008 and two short stints with the Patriots and Bills, Kendall … END_OF_DOCUMENT_TOKEN_TO_BE_REPLACED 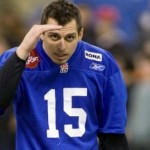 The highlight of the week for our Auburn Tigers in Pro football happened up in Canada where Damon Duval kicked the game winning Touchdown for the Allouettes. No that isn’t a mistake, he actually kicked a game winning touchdown in what some people are calling The Strangest End To A Football Game Ever Seen. Damon lined up for the game-winning field goal with the game tied … END_OF_DOCUMENT_TOKEN_TO_BE_REPLACED 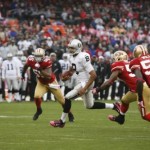 Quarterbacks Jason Campbell #8 hurt his knee in the first half but stayed in the game for the duration against the 49ers, probably a bad idea because he completed eight passes for 83 yards with 2 INTs. Campbell finished the day with a 10.7 QB rating, his 2nd worst in history. Jason is out for this week, the 3rd string QB Kyle Boller will start in his place. For the season … END_OF_DOCUMENT_TOKEN_TO_BE_REPLACED 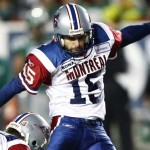 Two more undefeateds go down, leaving the Chiefs as the only squad with an 0 in the loss column.  Don’t expect that to last; they face Jerraud Powers and the Colts in Indianapolis this weekend.  Now if we could just get those pesky winless teams a victory we could have true parity. Quarterbacks: Jason Campbell #8 – stayed on the bench this week as the Raiders lost another … END_OF_DOCUMENT_TOKEN_TO_BE_REPLACED 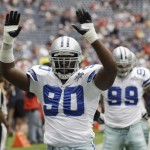 Week 3 and we only have three undefeated teams left. One of them is the Chiefs. Go figure. Quarterbacks: • Jason Campbell #8 rode the pine Sunday as the Raiders lost a painful one to the Cardinals 24-23 on a last second missed field goal. The team is not allowing him to speak to the media at this time. For the season Jason is 30 of 52 for a 57.6 completion percentage for … END_OF_DOCUMENT_TOKEN_TO_BE_REPLACED