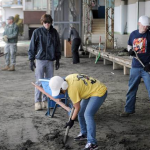 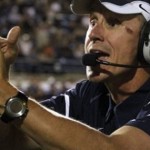 We could argue about what Auburn did or didn’t do on Saturday, but maybe we can agree on our new favorite WAC team. 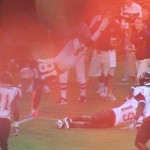 To celebrate the kickoff of the 2011 football season, here’s a picture from every week of Auburn’s championship 2010 season. Kodi Burns, quarterback turned receiver, scores the first touchdown of the season against Arkansas State, beating the visiting Indian-Red Wolves 52-26. The obscuring shaker just adds to the atmosphere: Auburn was on the road for […] 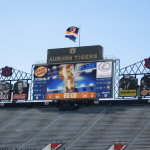 Title: An Open Letter to AUHD To: the brilliant crew running the big screen From: 87,451 fans Re: It goes to 2011. Earmark 8:24 seconds somewhere in the pre-game. Sometime after the students and the recruits get settled and before the marching band’s intro video. Right around the cool archival video of Bo and Punt, […]