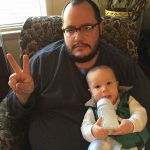 In pursuit of cash to justify this whole Auburn fixation, Jeremy Henderson (that would be me) is now spreading his storytelling talents across the internet. Which is to say that in addition to TWER, I’m writing “Living and Culture” stuff for al.com, and plumbing the depths of Auburn history for the relentless Auburn coverage machine that […] 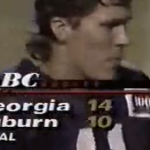 It’s the Deep South’s Oldest Rivalry, maybe you’ve heard. Auburn won the first game in 1892. We should have won the game in 1992. We didn’t. Dad and I stood there a long time waiting for the refs to come back out on the field and reimburse us for the miracle they stole, and let […] 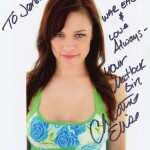 I just found the picture again and smiled again and I don’t want to lose the flush of wonder and purpose and ThankyouGod like I lost the photo, so I’m just going to start writing. Well, I didn’t lose the photo, I misplaced it. Which is one reason it took me so long to get […] 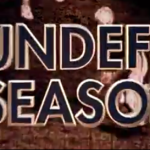 OK, putting our scruples on steroids (they shrink your statisticles, man!) to prove how Not Bama we are, noble pursuit though it is, needs to stop. Even if we don’t want to asterisk our media guides with trophies we technically have a right to, surely we can puff out our chests the objectively correct number […]

Some give it great reviews, some give it terrible reviews, some mediocre, whatever. Maybe I give “Love Song for Bobby Long” a pass because, whoa, is that a hungover John Travolta getting out of bed in half-naked in a vintage Auburn T-shirt? And is he hitting on that waitress in an Auburn hat? And dude, does he actually drive to a BBQ joint in “Auburn”?