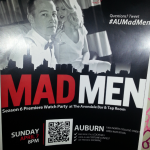 Mad Men returns to AMC for its highly anticipated (redundant?) sixth season Sunday. And we can't think of a better way to watch the two-hour premiere than at the Mad Men premiere party hosted by Verge Pipe Media at the new Avondale Bar & Tap Room in downtown Auburn. "Our main idea behind the Mad Men premiere party is to have an excuse to get dressed up, socialize, and … END_OF_DOCUMENT_TOKEN_TO_BE_REPLACED 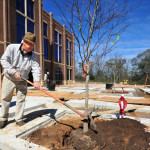 Pat Dye just doesn't quit when it comes to Auburn. "You want to do good in your life, and I have chances to give back to Auburn," Dye said. "I'd like us to be number one in all the schools on campus, not just football. There's nothing wrong with wanting to be number one in everything, is there?" One of Dye's upcoming chances to give back to Auburn academics is the Spring … END_OF_DOCUMENT_TOKEN_TO_BE_REPLACED

Auburn's College of Agriculture is raising proceeds for The Cam Newton Foundation by offering up some of Auburn's elite at a different kind of kissing booth. Want to see SGA Vice President Melanie Smith, Interfraternity Council President Carter Hawkins, Mr. and Miss College of Ag Blake Poole and Hannah Patterson or Auburn cheerleading Mic Man Jesse Teel pucker up to a farm … END_OF_DOCUMENT_TOKEN_TO_BE_REPLACED 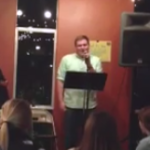 You know it's a problem when people start writing songs about it. "In one word, chaos," said Rhett Sosebee. "The concourse on campaign week is chaos." To help himself cope with the incessant solicitations for support, Sosebee, an Auburn junior in hotel and restaurant management, wrote "Makin My Way Down The Concourse" (set to Vanessa Carlton's "A Thousand Miles") which he … END_OF_DOCUMENT_TOKEN_TO_BE_REPLACED

Whether it was spur of the moment or seemed like just another Harlem Shake video, Tara Jones went for it, and it worked. The new Miss Auburn said making the video, which in just five days has been viewed more than 7,000 times on The War Eagle Reader alone (it was also widely shared on Facebook), started as a last minute attempt to draw a crowd to her campaign kickoff last … END_OF_DOCUMENT_TOKEN_TO_BE_REPLACED