Sportswriters are premature annunciators.  We want to be the first to have the last word, the final say.  Some reasons for that are good.  The best is the immediacy and the depth of our response to sports.  We hunger for words to express that response and we often turn to sportswriters to give them to us.  The sportswriter feels that hunger, both feels it in himself (as a fan) … END_OF_DOCUMENT_TOKEN_TO_BE_REPLACED

Night brooded over Jordan-Hare. Darkness had fallen. The giant lights of the stadium shined in the darkness, but the darkness ignored them. It was fourth down and a football field to go. Auburn had squandered three quarters of football, maybe its best football of the year, given the opponent and the stakes. But the fourth quarter that followed those three was maybe … END_OF_DOCUMENT_TOKEN_TO_BE_REPLACED 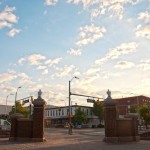 Just Trees (After the felling of the Toomer’s Oaks) Aren’t they just trees? Yes, they are—they were. And weren’t they dying anyway? Yes, they were—and I am—and you are too. Dying. But someone killed them. (Yes, you can kill something that is already dying. If you doubt that, shoot someone with a terminal illness, then plead your innocence.) But they were just … END_OF_DOCUMENT_TOKEN_TO_BE_REPLACED 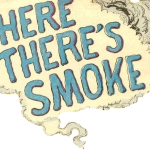 So Auburn has been investigated, weighed and measured, and not found wanting.  Oodles of interviews later, after TV episodes, an eternity of radio hours, pointed fingers and forked tongues, nothing. But, but—where there’s smoke, there’s fire! Not a false principle, but not a principle such that if its premise is true, it conclusion necessarily follows.  What it really … END_OF_DOCUMENT_TOKEN_TO_BE_REPLACED 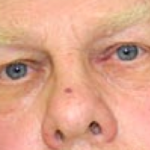 I have been thinking about Harvey Updyke for a while. I guess since the news about his arrest. What I am about to write is written under the hypothesis that Updyke is guilty. Perhaps he is not. But I am writing under the hypothesis that he is. One of the points of this column has been to temper fanaticism with good sense. I believe that we have forgotten how to be fans and … END_OF_DOCUMENT_TOKEN_TO_BE_REPLACED