For many, tailgating isn't tailgating without beer. And while a cicerone may be able to point you to the perfect tasting brew to go with your brat, and a frat guy could steer you to the cheapest, sometimes a pretty bottle (or can) is all you need. Especially when it comes stamped with a tiger on an orange-and-blue background. Which is why when TWER's own J.M. Comer … END_OF_DOCUMENT_TOKEN_TO_BE_REPLACED

Salt of the Turf is TWER columnist Jennie Henderson's ongoing investigation into the ritual and recipes of Auburn tailgating. Have a great game day recipe? Know a die-hard tailgater? Let her know at [email protected] The planning starts on Sunday. The menu is decided, lists are made, dishes assigned – all the preparation and attention to detail of Thanksgiving … END_OF_DOCUMENT_TOKEN_TO_BE_REPLACED

The Sunday night crack rock that is AMC’s Mad Men had TWER HQ digging with nostalgic gusto for a certain ad from The Auburn Plainsman, circa 1960 – the same year that America’s favorite fictional flowering feminist, Peggy Olson, was given her first almost-real assignment: To go home and test "The Relaxerciser." Apparently the Mad Men writers do their … END_OF_DOCUMENT_TOKEN_TO_BE_REPLACED 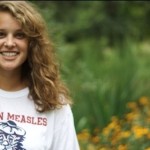 Twenty-six members of the Auburn student body were infected with measles in the spring of 1989... which doesn't sound like a lot until you consider that only nine cases were recorded in the entire state during the previous five years. The result? Classes canceled. Mass vaccinations administered. The outbreak inspired a Phi Gamma "Inoculation Party '89," (including "BYO … END_OF_DOCUMENT_TOKEN_TO_BE_REPLACED