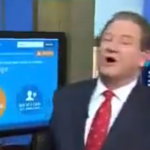 One might view the Democratic Party as the odds on favorite in any potential political matchup that arises in our nation’s capital. Aside from the 2010 midterm election that flipped the U.S. House in Republicans’ favor, Democrats have ruled the roost under the leadership of President Barack Obama, Senate Majority Leader Harry Reid and House […]