It wasn’t just Auburn engineers and physicists carrying NASA on their backs. Turns out, even Auburn vets were lending a hand in America’s space program—literally.

Dr. Richard Benson, class of ’49, was the main veterinarian (and even roommate or suitemate or something) of the immortal Ham the Space Chimp, the first chimp in space.

Ham was the man, as it were, blasting into the final frontier on January 31, 1961, aboard a Mercury Redstone rocket (which was built in Huntsville, probably by Auburn dudes) in order to put astronaut Alan Shepard’s mind at ease. (Shepard wouldn’t die up there, and he’d able to pull levers for banana pellets with ease.)

The first Earthling Ham encountered after he was extracted from the ocean and the plexi-glass covered capsule emblazoned with the words “Have Gun, Will Travel?” Benson, who greeted the astro-chimp with a stethoscope, and what the Auburn Alumnews called “an Auburn handshake.” The cameras flashed. 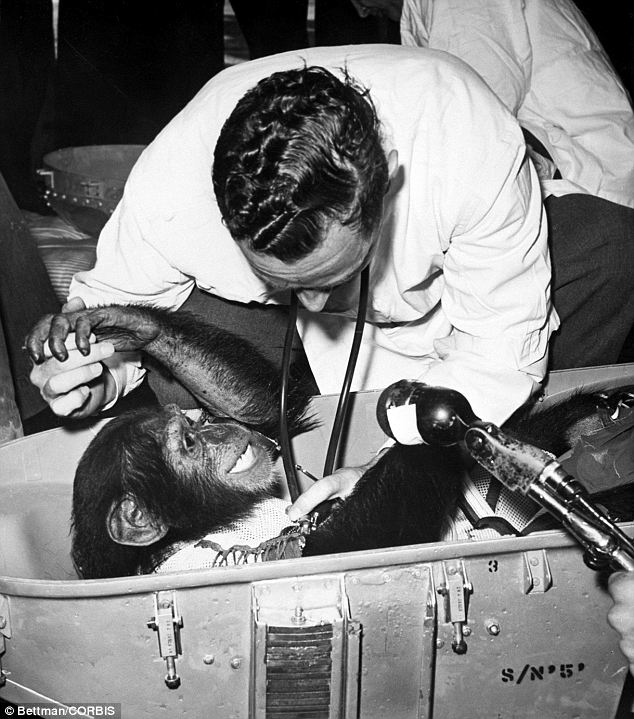 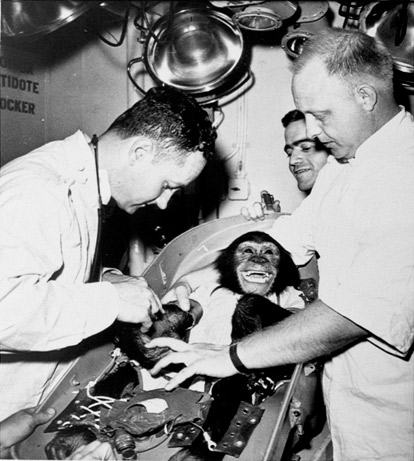 Did I mention Benson was trained in chimp care by veterinarian Dr. John Moseley? You’ll never guess where he went to school…