Terry Beasley could catch anything. After winning the Heisman, Pat Sullivan couldn’t catch a break.

First ABC gives Ed Marinaro, winner of the first ever Second Place Heisman Trophy, a little segment on ABC that has him strolling across Cornell’s campus, comely coed on his arm, telling the world that he should have won the First Place Heisman Trophy. Then Howard Cosell of all people gets quoted telling some group at the University of Tennessee-Chattanooga that Johnny Musso should have won the trophy… after calling the whole Heisman race “a bore and a fraud.”

“(Sullivan) is a nice kid who is not a great college quarterback by college standards.”

The insult made the AP wire and even ABC’s intro to the 1972 Sugar Bowl (which was Star Spangled Bannered by Ella Fitzgerald—you can watch it here).

Sullivan jokingly played it off in style: “As Dandy Don Meredith would say, I’d rather not talk about old Howard.” 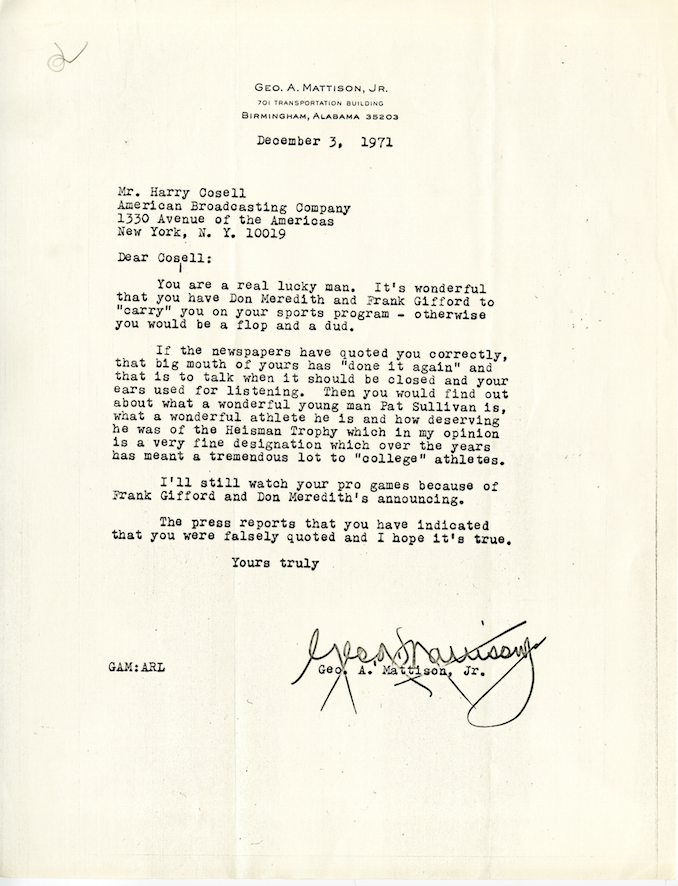