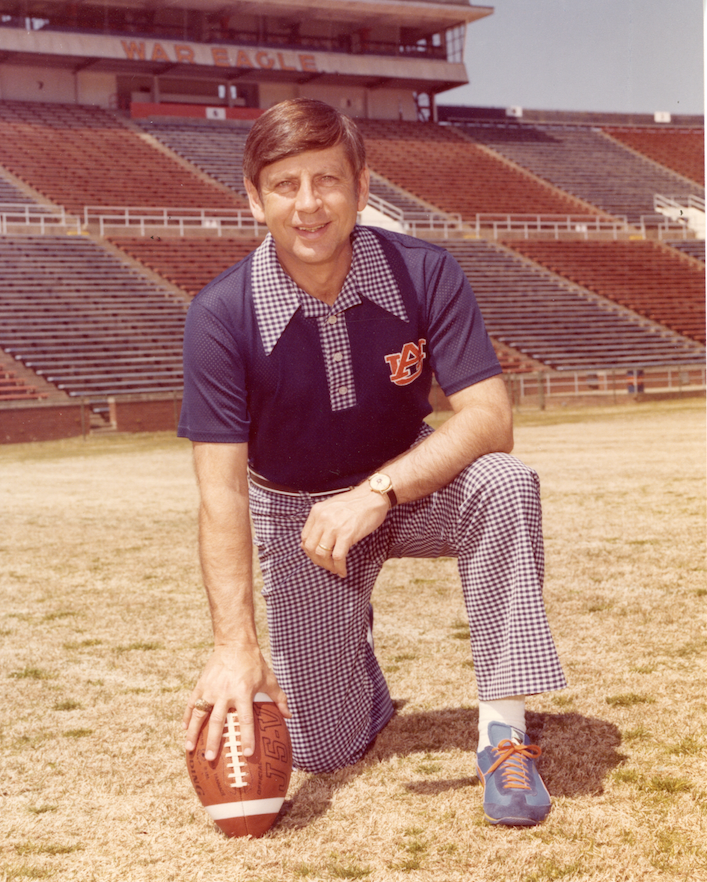 Bryant never said exactly what it was he had in mind, which is one reason Doug Barfield thinks it might have just been an attempt at some sort of houndstooth head game—not with him, but with Auburn. Sure, they’d just fired him and turned his name into a byword, but having their former coach immediately join the dark side surely would have have ticked off the stepchildren across the state.

Or maybe he really thought he had some talent. They’d written a song about his offense for crying out loud, and ol’ Bear had a reputation for signing recruits not really to use them, but just so others couldn’t use them. That’s what you hear at least. Maybe it was something like that—taking him off the market.

Or maybe it would have just been something like a favor, kind of like what it seemed Bryant had done for Paul Davis.

Most everyone had assumed Davis, Auburn’s defensive coordinator from ’67-’75, was Shug’s heir apparently. He had the look, the experience; he’d been head coach at Mississippi State 10 years earlier. When Barfield got the nod, he replaced Davis with this guy and moved him down to offensive backfield coach. When Barfield got the axe, Davis was going to hang it up. But Bryant called. “Off-campus recruitment coordinator for the University of Alabama” meant he wouldn’t have to go into insurance, meant he could keep building his state retirement. He said yes.

Barfield told me he almost did, too. Or at least probably would have had the question—the right question—been put to him.

Here’s part of my interview with him last summer. I’m turning it into a series. It was at Panera Bread in Auburn. My car died in the parking lot. He still has family here. He’s a good man. Today is his 82nd birthday. Happy Birthday, Coach! Party like it’s 1977!

Was going up against Bear Bryant intimidating?

“Well, not really. I wanted to be the one to beat him. I tried. But you really have to do it year-round and get your program up there with them. Now you got another one there at Alabama that’s pretty strong. He can recruit and he can coach. And he’s got a lot of things at his disposal, but you got to give them a lot of credit. And Bryant was sort of in that category. He was a little of the old school, but he he was good. He knew how, besides coaching, he knew how to recruit.”

What was his opinion of you?

“I remember walking to a conference meeting we had in Florida. We came down and our wives were there. We had a meeting early in the morning, and there he was walking along and we walked along and chatted, and I didn’t try to carry the conversation, but I chatted with him about a lot of different things. He actually called me after I got canned.”

“Yeah. I want to make it clear—he didn’t offer me a job, but he indicated that’s what he had in mind. I think that’s when he ended up hiring Paul Davis. He just wanted me to say I would come, no matter what I did, but I wasn’t quite ready to do that. I told Gene Stallings about that one time. He said ‘that would’ve been a great experience for you.’ I said, ‘well, he just didn’t say exactly what it is he wanted me to do.’ I was interested. I went to his hotel room in Montgomery and visited with him. He didn’t come out and say ‘here, I’m offering you this job,’ but anyhow, he was interested.”

How soon after you were fired was this?

“I met him in Montgomery when I was coaching in the Blue-Gray game, afterwards. He called before that, and that shocked me, him calling my house. He never called before. My daughter came running said ‘dad, dad, Coach Bryant is on the phone.’ But he was personable.”