Shug used to joke that it was pronounced Jordan, “like the river”… as if the name of the site of Jesus Christ’s baptism was, you know, pronounced the way he pronounced his last name (and wanted everyone else to pronounce it), not the way that the basketball player or Martha Reed Garvin pronounces it.

Only… he may not have been joking.

Because just like how the Auburn Athletics Department once instructed sports writers and TV guys on the proper pronunciation of “Jordan,” so, too, did the United Methodist Hymnal, which was apparently convinced that good ol’ Samuel Stennett wanted his most popular hymn sung by sanctuaries full of Shug Jordans, not Martha Reed Garvins.

Yes, you’re seeing that correctly. The Methodists, at the very least, pronounce “Jordan” in “On Jordan’s Stormy Banks I Stand” as “jerdan.” There’s an asterisk and everything. 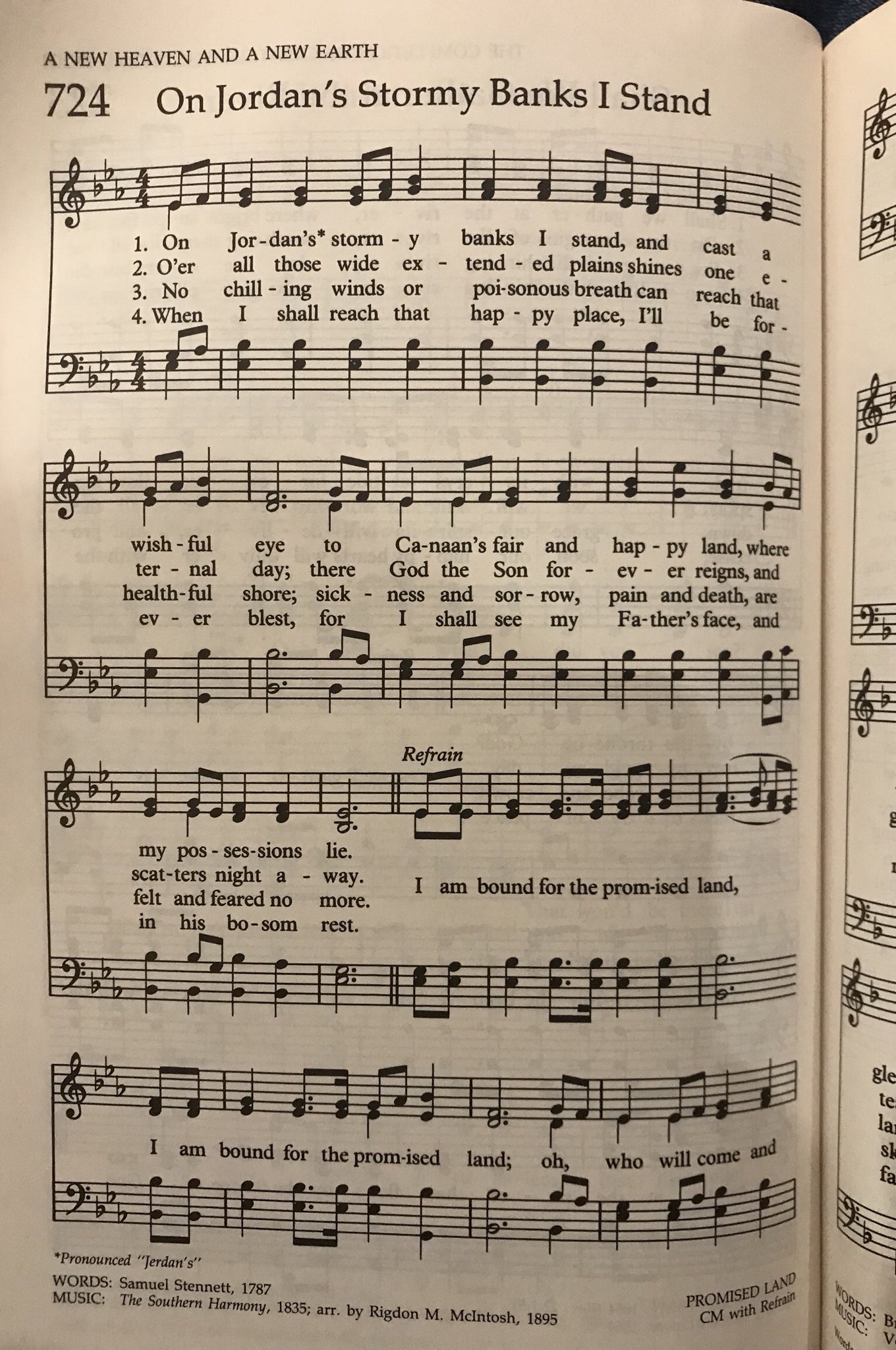 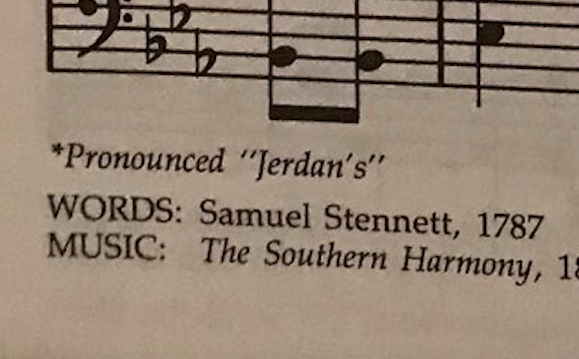 All of which is to say, brothers and sisters and Auburn media studies majors interning for ESPNU or whatever, is that it’s time to enter the promised land of proper pronunciation. It’s not just some accent idiosyncrasy of the Black Belt — Shug pronounced it “Jer-dan,” i.e. he pronounced it “Jordan.”