George Petrie, father of Auburn football. And PowerPoint. And putting the fear of God in small children.

Last Friday evening in the college chapel Dr. George Petrie lectured on Dante to a very large and attentive audience. The lecture was exceedingly instructive and entertaining, the lecturer giving not only an account of Dante’s life and character, but also a vivid picture of the time in which he lived. The lecture was illustrated with a number of stereopticon views taken from Dore’s famous illustrations of “Divine Comedy.” Most of these were terrible in there realism, particularly those depicting the “Inferno.” One small boy that was present was so wrought upon that he went home and commenced at once to read his Bible.

I’d probably crack into the Gospels, too, if Papa Petrie started coaching the Prevent Damnation Defense with diagrams like this… 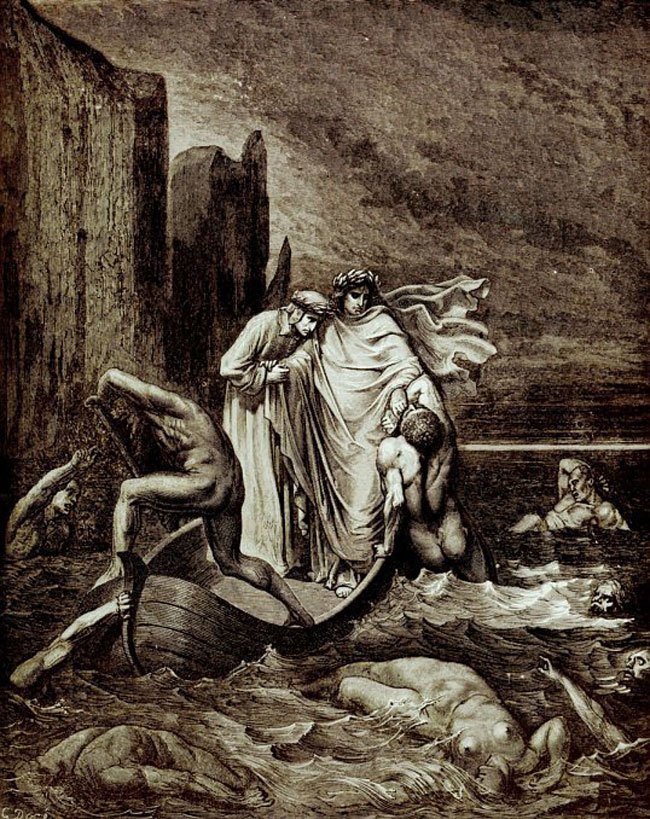