The university is replacing the high-contrast Samford Hall, one of the only surviving designs from the school’s 2006 sesquicentennial logo-palooza, with one classic look to rule them all— academics, athletics, everything.

“We kept (the Samford Hall design) as a second official mark after the sesquicentennial and many campus units used it widely,” Mike Clardy, AU’s Assistant Vice President for Communications and Marketing, told TWER. “But as it was used outside the state, it generated confusion—or at least a disconnect—about which university it represented. Campus units are still free to use the tower as a graphic element, just not paired with the Auburn University word mark as an official logo.”

Judging by Auburn’s branding history, sticking with the overlapping “AU” we all know about and love (and love to know about) was a wise move.

In 1995, then Auburn University president William V. Muse nearly had a mutiny on his hands after his attempt to unite the university’s various colleges, programs, and departments under a single, completely new logo was announced that February on a Birmingham sports radio talk show.

That the show’s host, Doug Layton, was the color man for University of Alabama football broadcasts probably didn’t help.

“Floods of angry calls poured into the radio station,” the Plainsman reported. “Auburn also felt the fury of its fans as a whirlwind of unhappy phone calls sent University Relations seeking shelter.”

As you can see from this August 1994 editorial, the idea did not sit well with the Plainsman… which just assumed the ubiquitous “AU” was Auburn’s official logo. Like everyone else.

However, the Jan. 9, 1995 issue of the AU Report, the university’s faculty and staff newsletter, Layton received via fax indicated it had moved beyond the exploratory stages and was actually close to happening—like, Please Vote on These 42 Possible New Auburn Logos close.

The designs were the result of a $1,000 logo contest held the previous summer. Ninety-three people entered, most of them AU faculty, students, staff, or alumni. Zero people won. The three judges couldn’t make up their minds. The university would seek input from students and staff, but the new look would be up to Muse. 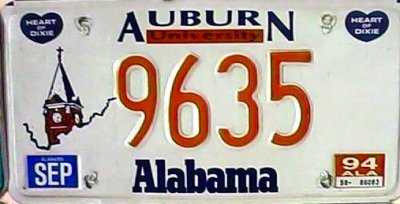 The previous September, the university’s specialty license plates swapped its quaint, original Samford Hall logo with the ol’ “AU” for almost exactly the same reasons behind last week’s decision, and with positive results.

“In the past, students have expressed that the Samford Hall designed tag was only significant if you were familiar with the campus,” then Auburn Magazine editor (and future George Petrie biographer) Mike Jernigan told the Plainsman.

The new look probably wasn’t the only reason tag sales went up. But Jernigan was pretty sure it helped. 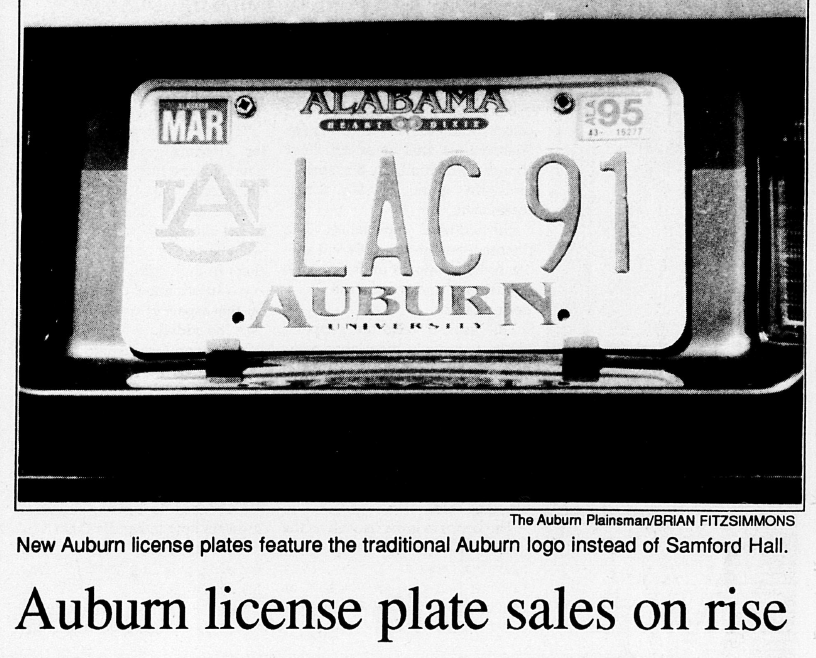 However, minus the word “Auburn,” Muse, who before coming to Auburn had chaired Ohio University’s Department of Marketing, mused that anyone unfamiliar with what the Plainsman was defensively calling as the “easily recognized interlocking AU logo” wouldn’t immediately think “Auburn.”

“There’s potential for people not already lovers of Auburn to confuse us with, say, Arizona, Alaska, Arkansas or, perish the thought, some folks in Tuscaloosa,” then University Relations Director Peter Pepinsky told the Opelika-Auburn News.

To the people who were already lovers of Auburn, that didn’t matter. Despite several designs that essentially just added the word “Auburn” to the existing overlapping “AU,” fans freaked. At least most of them. 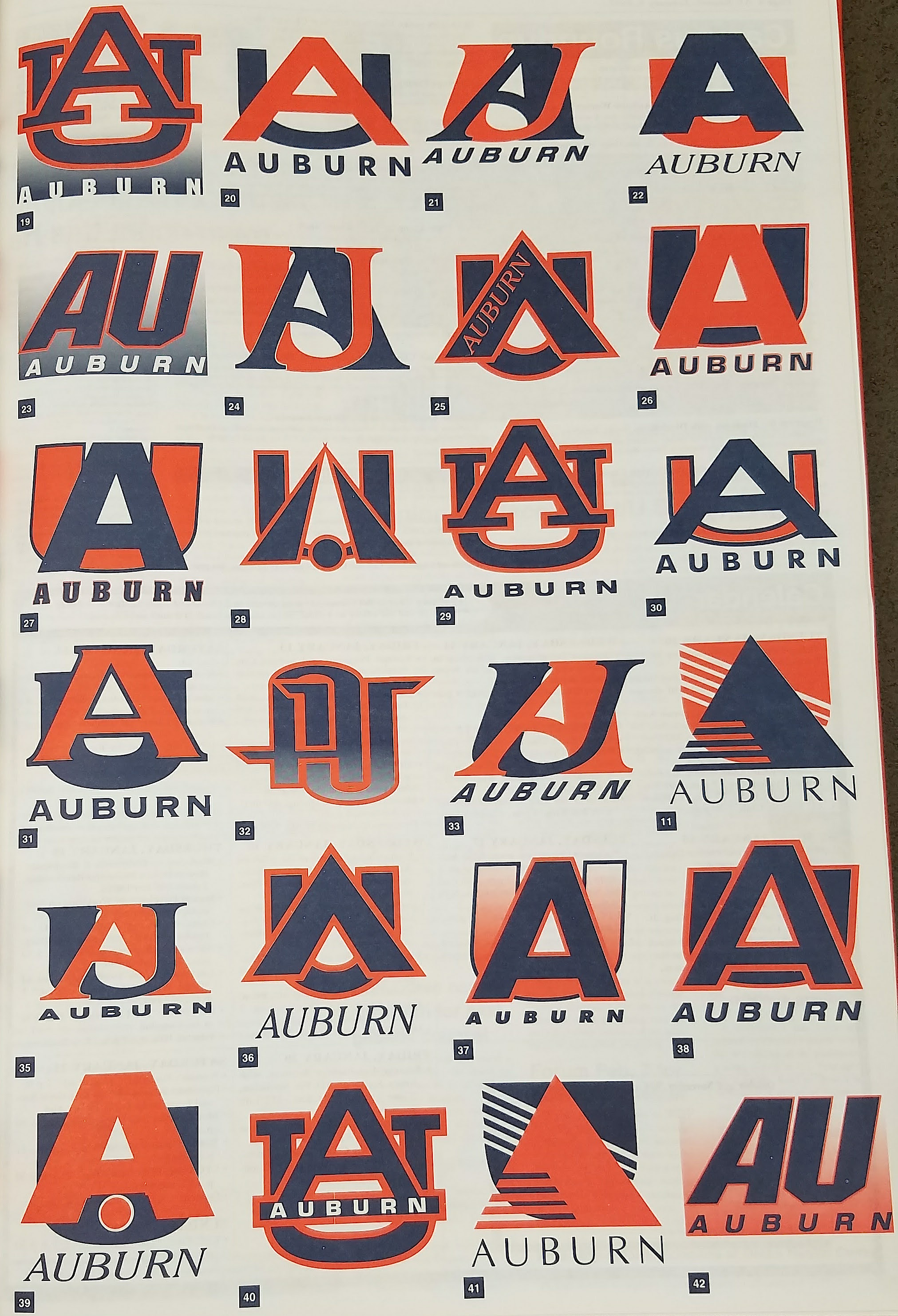 Muse backed off. The “AU” stayed the most popular item in the Loveliest Logo Buffet—the leaping tiger, various eagle outlines, and even that old vanity plate Samford Hall were still kicking—on the Plains. Life went on. Here we are.

“I think at this point,” Pepinsky said, “if anything other than the ‘AU’ logo that has graced our football helmets… is chosen, it’ll be the equivalent of New Coke around here.”