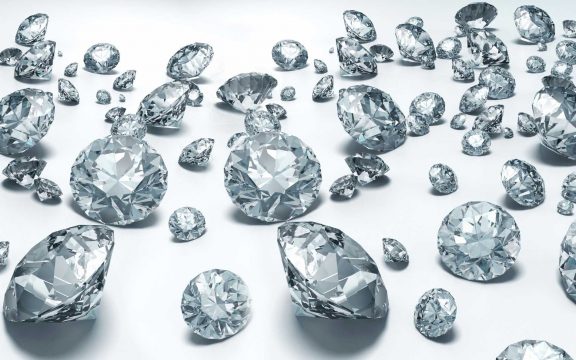 Some brief reactions to the weekend that was at Jane B. Moore Field and Plainsman Park:

— Kasey Cooper, entering her two-on, two-out at-bat in the sixth inning of Saturday’s second-round game against Cal, with Auburn down 3-2: 0-for-her-last-9. Kasey Cooper, since coming to the plate for that at-bat, the biggest of her team’s season: 6-for-7, 2 RBIs, 1 HR.

My honest appraisal: if that 6-for-7 is an indication of Cooper’s contributions going forward, Auburn will have enough power at the plate — combined with what should be excellent pitching — to make a serious run through their Super Regional and the WCWS. If the 0-for-9 stretch is the more accurate omen, they won’t.

There’s always hope someone else can catch fire at this, the best possible moment to catch fire. But for the most part, it seems likely the rest of the lineup is what it is, viz. a step down from the 2015 and 2016 editions and probably a notch shy of national title-caliber. Cooper, on the other hand, has not been what she is. Cooper is what she has been over the past 7 at-bats. If she stays true to her hammer-blastin’ self, the postseason ceiling is as high as it’s been either of the past two years.

— I jumped the gun last week in speculating Clint Myers had abandoned his usual postseason starting pitcher rotation at the SEC Tournament …  but only by a weekend. Myers deployed Makayla Martin against East Tennessee State, then threw Kaylee Carlson in both games against Cal — the first time an Auburn pitcher has started back-to-back games at a Regional since Lexi Davis got the nod for all five in 2014. No Auburn pitcher started on back-to-back days for the whole of the 2016 postseason.

The good news: it worked. Carlson wasn’t quite as sharp in the semifinal as usual, but Martin gave up just a single run on four hits across 6 innings vs. the Bears — including three critical spotless innings in that semifinal. Add that to five scoreless innings against East Tennessee State, 2.2 scoreless vs. LSU, and a single run allowed in 9.1 innings at Alabama, and you’re looking at a pitcher who’s seriously recovered her groove.

If Martin keeps this up and Carlson remains, well, the kind of pitcher Clint Myers would start on back-to-back days … as with Cooper, it makes things verrrrrrry interesting going forward.

— The positive news out of Oklahoma’s regional, where the Sooners advanced as expected to meet Auburn in the Supers: Paige Parker never quite looked like the firebreathing national MVP that so vexed the Tigers in the national championship series last year, getting a quick hook in multiple games and allowing a steady trickle of baserunners even in throwing 7 scoreless innings in Monday’s decider. She was very good, but not, you know, Paige Parker good.

The less positive news: Sooners reliever Paige Lowary looked borderline unhittable, pitching 15 innings against North Dakota State, Arkansas and Tulsa before finally allowing an earned run. Between the two of them, the Auburn lineup’s work will be as cut out for it as expected.

(The other bit of less positive news: Tulsa was three outs away from winning the Regional on Sunday after finally getting to Lowary and couldn’t get it done. Sigh.)

— A sidenote: it might be tempting to look at Minnesota failing to score in 16 innings at Alabama and conclude the 56-3 Gophers weren’t that screwed by the Committee, but that means ignoring that it’s not coincidence

That’s not to say the Tide don’t deserve their spot in the Supers; over those 16 innings, they were, however narrowly, a better team than the Gophers. But it’s obvious that home field is a tremendous advantage in this tournament, and a 56-3 team that doesn’t quite manage to overcome the loss of it doesn’t mean they should have been denied it to begin with.

— I’m no Auburn baseball historian. But I have a hard time thinking there’s too many more clutch performances in the Tigers’ annals than Keegan Thompson coming to the mound on the back of a seven-game losing streak, his team’s Regionals bid potentially in the balance, and doing the eye-popping things he did to Ole Miss.

— Auburn finished with their first winning record in the SEC since 2010, and just the program’s second since 2003.

Let’s think about that. The second. Winning SEC record. Since 2003.

Yes, it’s a shame Auburn fell out of the SEC title race and won’t host a regional without winning the whole ball of wax in Hoover. Given what this program has been through for the past 15 years, it ain’t that big of a shame, Rome not being built in a day and all.

— The exception: the part where Alabama didn’t win another SEC game after the world’s most infuriating sweep, finishing 3-0 against Auburn and 2-24-1 against the rest of the league. The first two games of their season-ending Vandy series finished 18-1 and 13-1.

Losing those three games at home to this Tide team: now that is a damned shame. If you’re the rare Auburn fan who’s more invested in the baseball team than the school’s gridiron representative, congratulations, you now have a 2016 Georgia loss to call your very own.

— Auburn finished their SEC season at 16-14. But according to their Pythagorean expectation, they should have finished all the way up at … 17-13. For all the ups and downs of their league season — and in early April, the Tigers’ gaudy record in one-run games — they wound up right about where their raw run-scoring and run-allowing capabilities said they should be.

— I’m utterly unsure how likely it is Auburn moves up from the 3-seed for which they’d been widely projected entering the Ole Miss series, but I’ll say this: if they do stay at that seed line, I doubt whatever regional host they land will be thrilled to have a top-25 team sitting in that slot. Hooray RPI!