When it comes to reminding Alabama fans of the Kick Six, the creativity of Auburn fans knows no bounds.

And now, thanks to a recent meme (and what I’m sure are amazing songs like Keep Them by A Forest, Off by Trash Panda, and The Field by Kitaro), Spotify playlists. 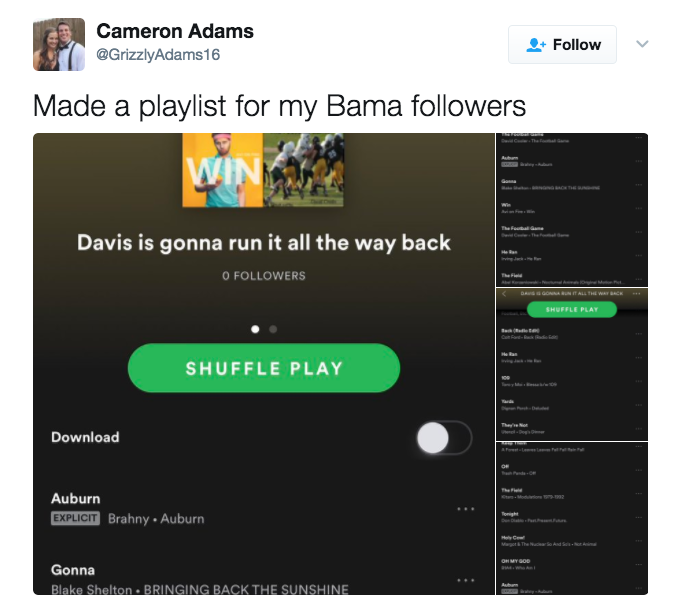 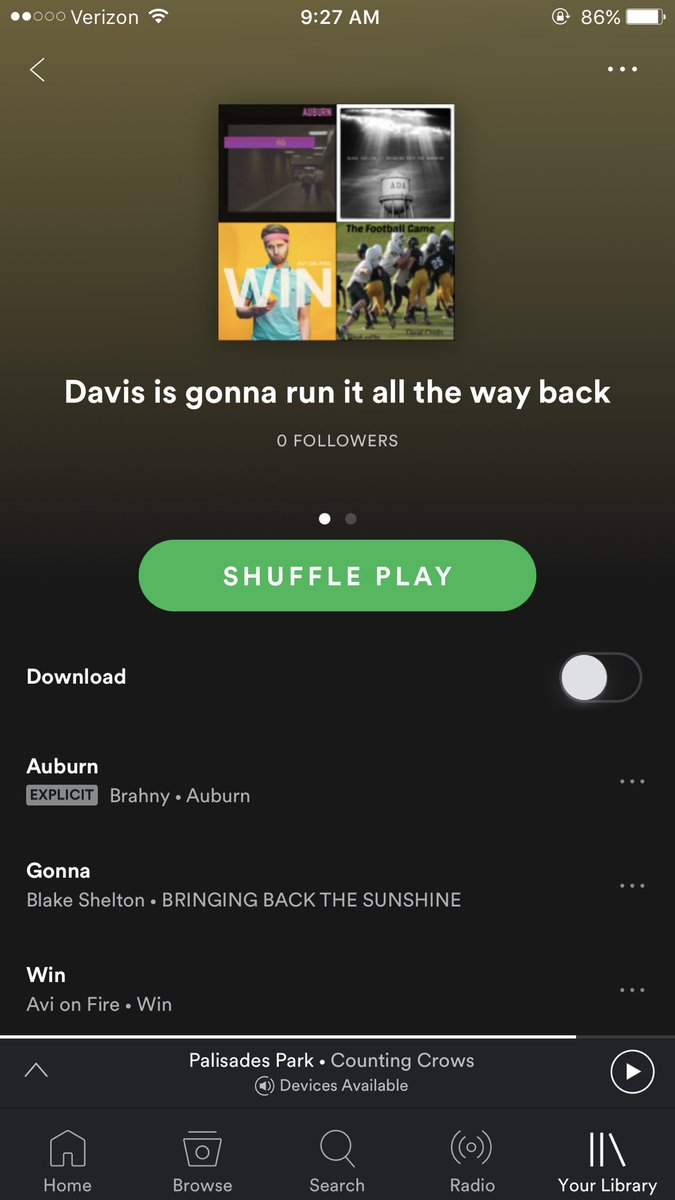 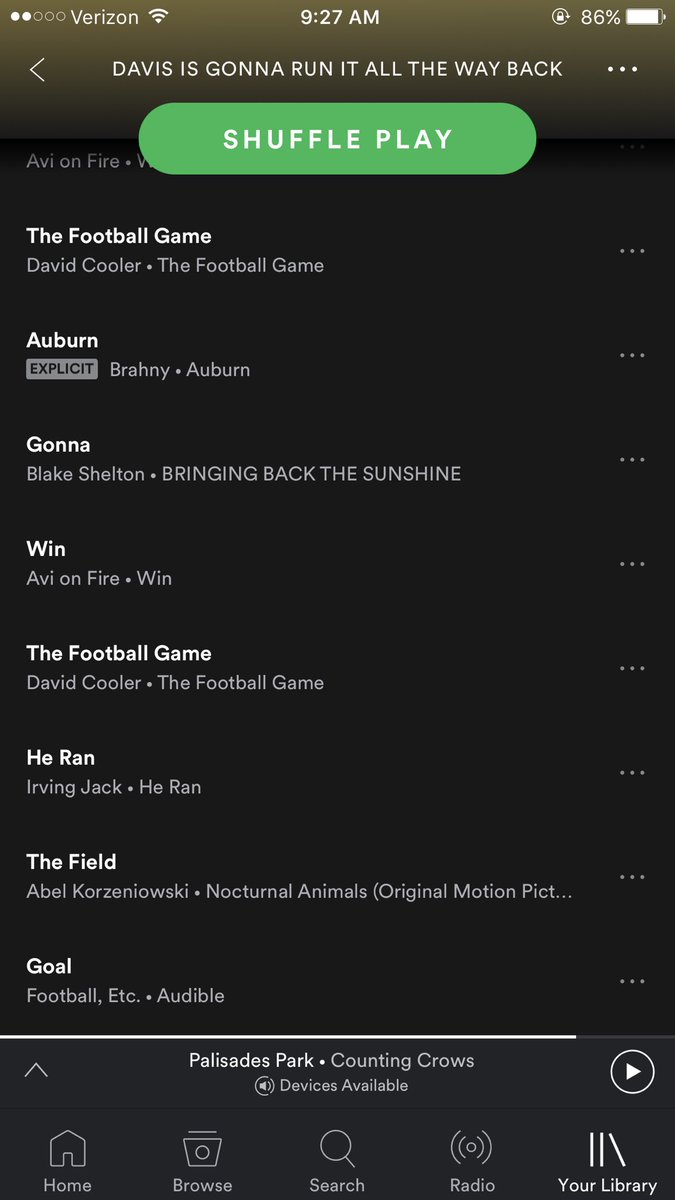 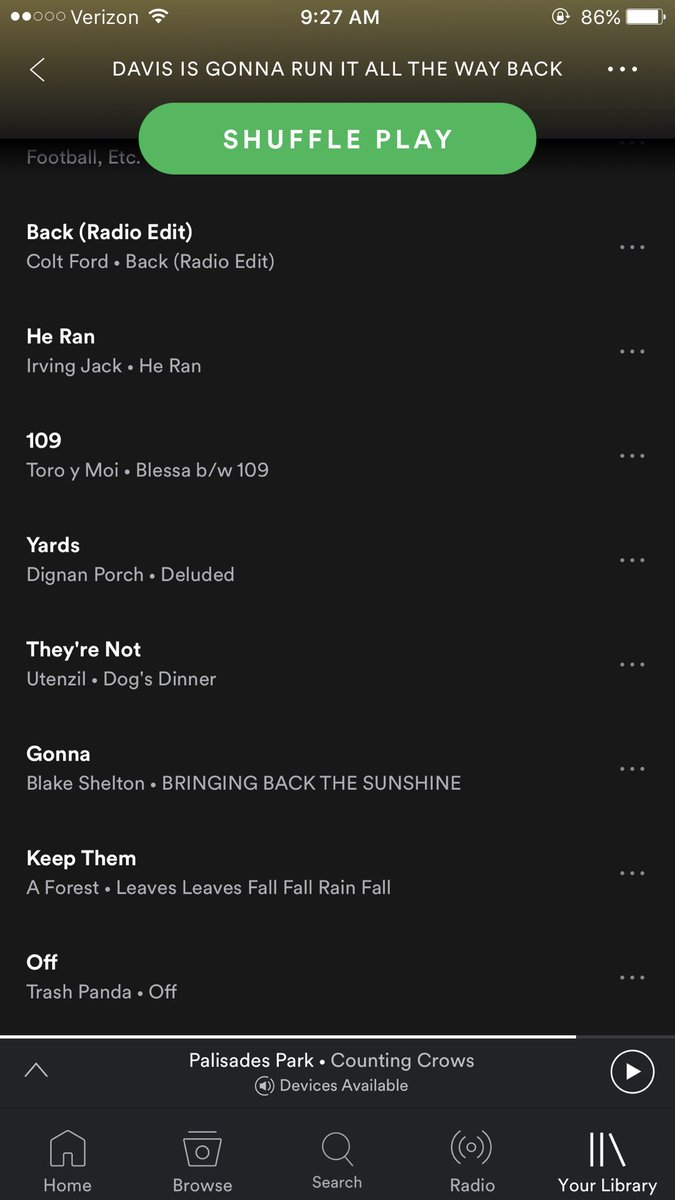 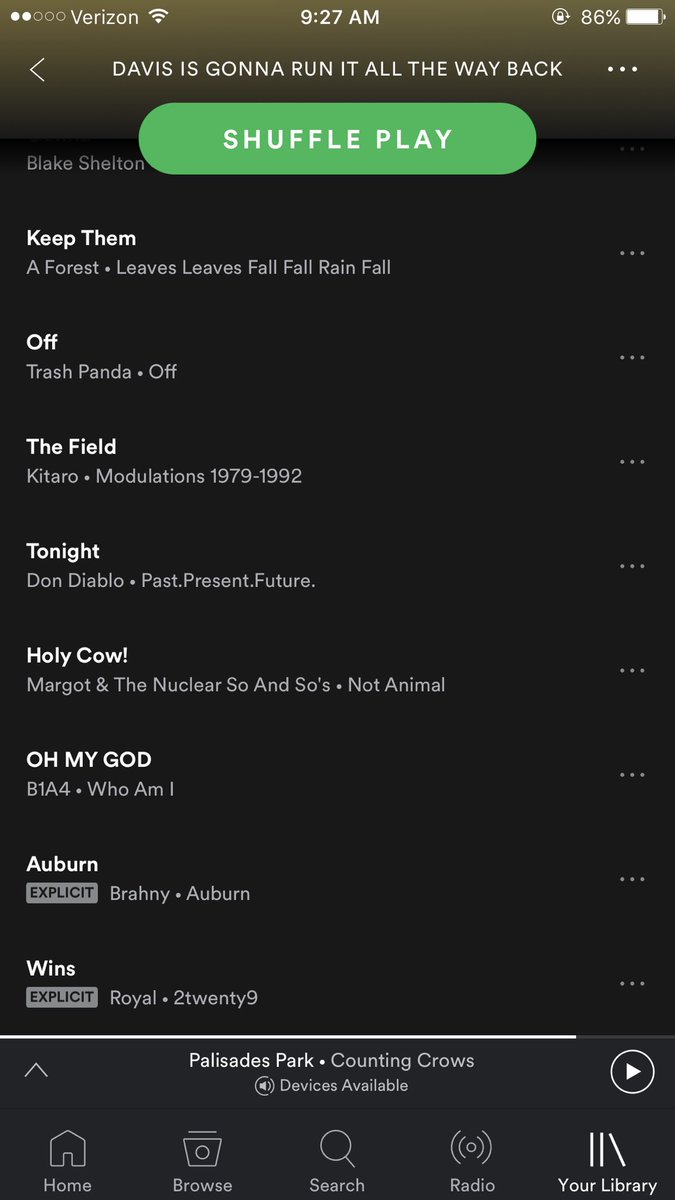 “I was sitting in class and saw a tweet on Twitter where someone posted an ‘I made a playlist for my ex’ and it had a funny quote in the songs,” says the Auburn student behind the playlist, Cameron Adams. “That tweet idea has been a popular meme recently, so it’s not 100 percent original. It wasn’t hard to think of the idea, it came straight to my head. The Kick Six is my fondest memory at Auburn so it was an easy concept to tweet. But it took about 15 minutes to find the songs and put them in order. It was time well spent in my human resource management class.”

You can listen to the playlist here