There’s this modern, perfectly understandable notion that Auburn students celebrating Bama losses — or really anything other than an Auburn victory (or hope for a victory) — at Toomer’s Corner is some sort of SMH, kids-these-days sacrilege. You can totally think that. You may have shared Kevin Scarbinsky’s latest column on Facebook. Hey, you may even be right.

But do know that celebrating wins by your Second Favorite Team is kind of a tiny Auburn tradition all its own, one started by some of the folks you might think were rolling in their graves Monday night. You know, people like Dean “Wah Eagul” Foy, seen here leading Auburn students in a midnight Toomer’s Corner celebration after Bama’s 1969 loss to Vanderbilt. 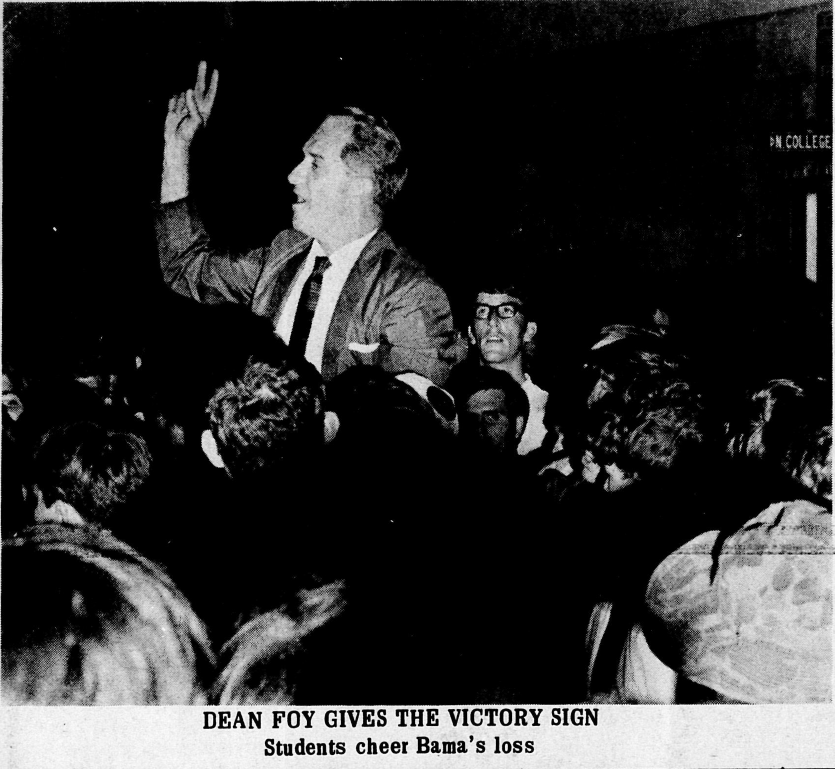 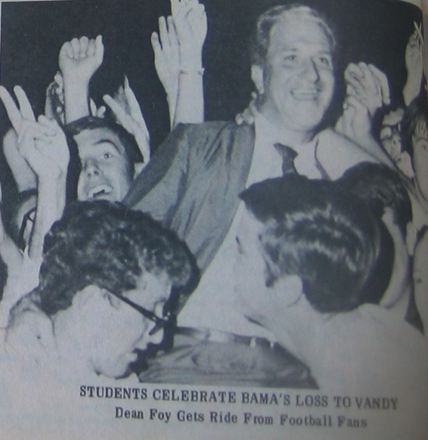 No, they (probably, technically) didn’t roll the corner. Because it wasn’t really a thing yet.

And sure, Auburn had beaten Clemson that afternoon. But the party didn’t start until Vandy upset Bama… and kept Bear Bryant from logging his 100th coaching win.

What were they yelling, more than six weeks out from the Iron Bowl?

Of course, such a display had its critics then as now, as seen in this snippet from a peacenik-penned letter to the Plainsman. But “Senior In Sociology” was’t really upset because of went on. He was upset by how intense it was… and because he was sure that, had it happened at the big peace demonstration the previous Wednesday, The Man would have gone nuts.