Besides the whole Santa Claus it was luck commentary, the most interesting aspect to the 1973 Corolla‘s contextless coverage of the 1972 Iron Bowl is that they actually refer to the game as “PUNT, BAMA, PUNT.”

That seems odd. I can’t imagine the 1985 Glomerata bold-fonting the 1984 Iron Bowl as “Wrong Way, Bo,” or something. But apparently the miraculousness of it all was so overwhelmed both sides of the state’s football psyche, Bama yearbook staff felt no compunction about dedicating two self-deprecating-ish pages —the other games only got one—to what at the time was the most crushing Iron Bowl loss ever. 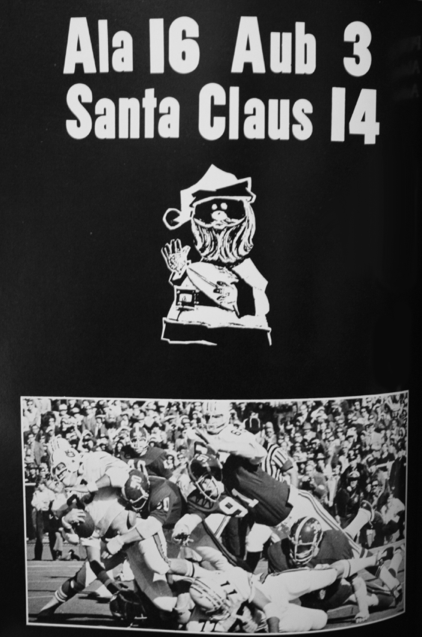 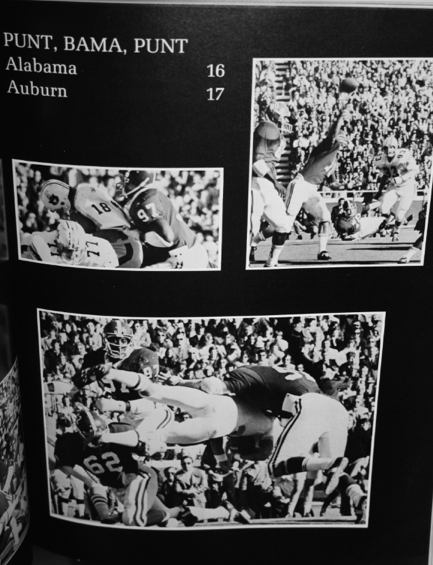 See the best photos from that Christmas Come Early you’ll ever find here, here, and here.

* Alabama fan talks about Auburn during sex in CW’s ‘Hart of Dixie’
* Auburn fan who ran onto the field during the 1969 Iron Bowl tells all!
* More like the BUST Bama pep rally…
* The Snorg Tees Girl in a 1987 Auburn Iron Bowl victory T-shirt
* This song about the 1969 Iron Bowl is awesome
* A rap about the 1989 Iron Bowl
* Aubie romances early 80s coed on Bear skin rug
* David Housel’s radio address before the 2002 Iron Bowl