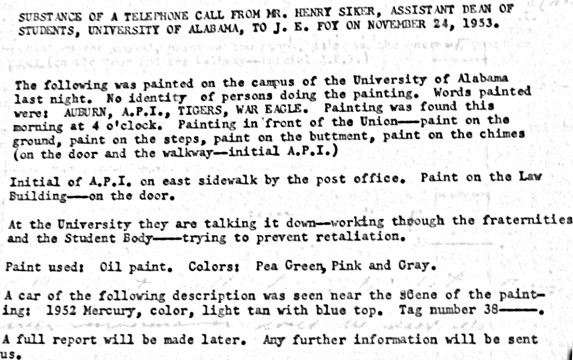 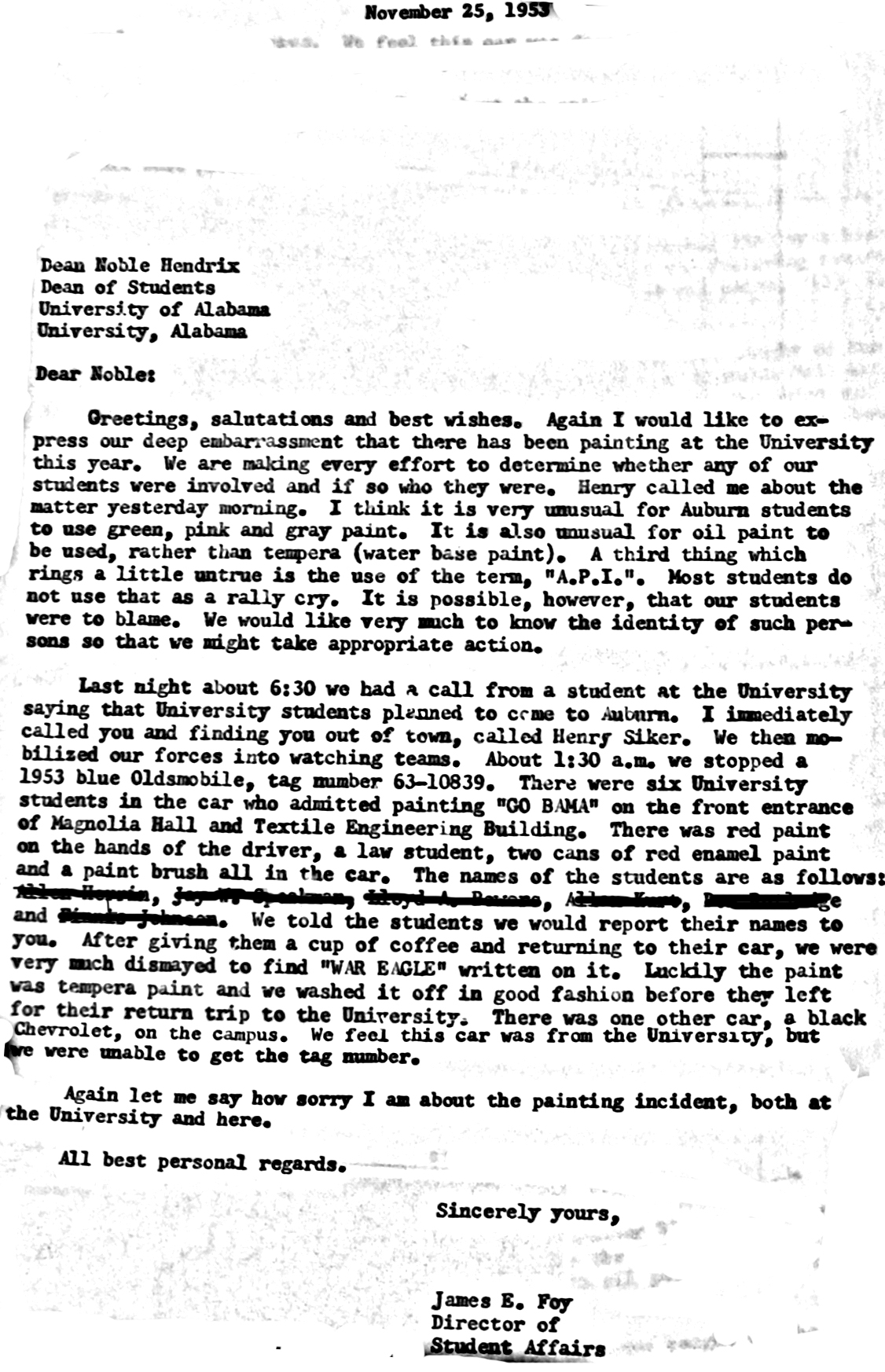 The Conclusion (from the Birmingham Post-Herald): 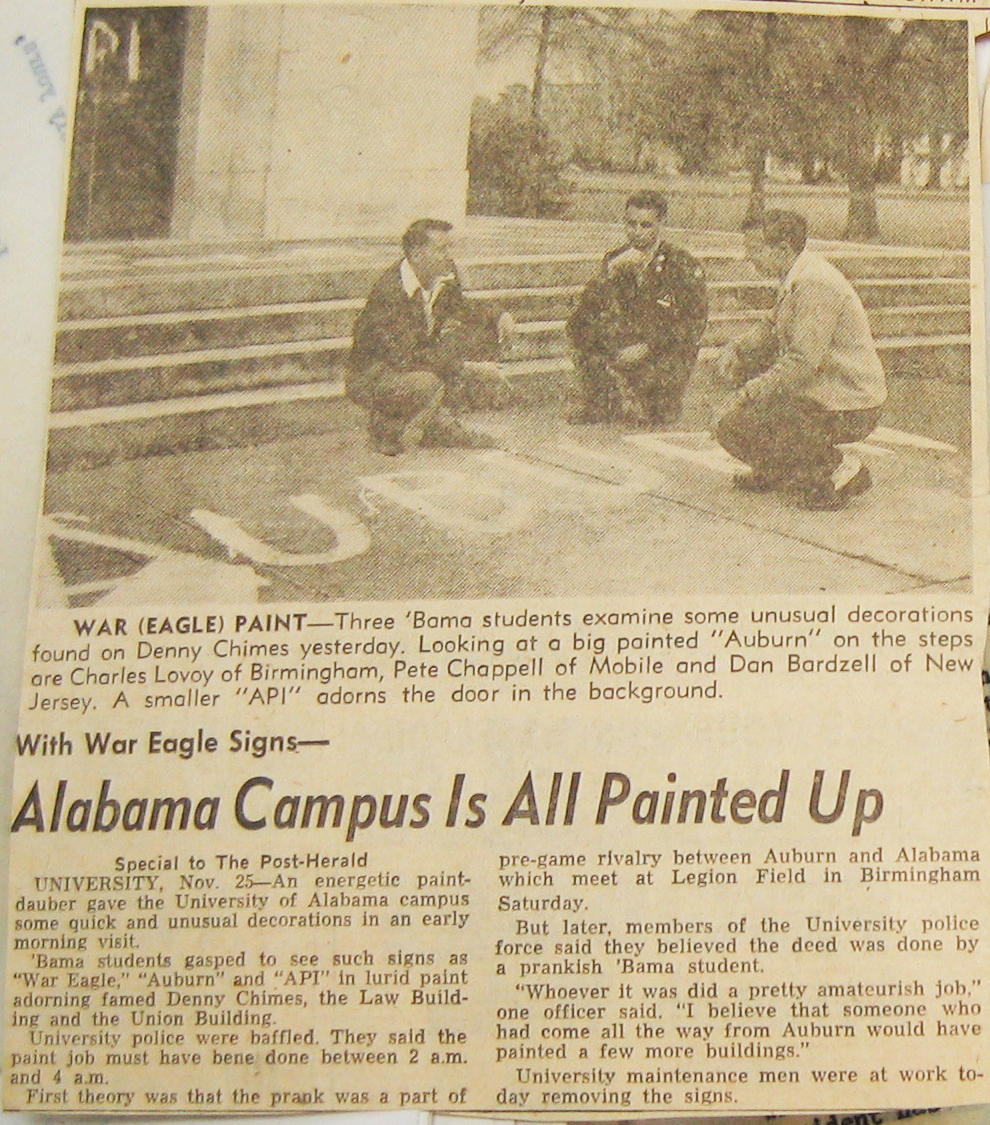 Yes, you read correctly: in 1953, a Bama student, either out of self-loathing (understandable), or in an attempt to rile his team to victory in the upcoming Iron Bowl (which they sadly won), painted not just random doors and alleys of his own campus with Auburn slogans, but Denny freakin’ Chimes.