It’s not the alumni magazine. But an alumna probably put the word “Auburn” on a magazine (prop) Elizabeth Webber was holding in a September episode of General Hospital. 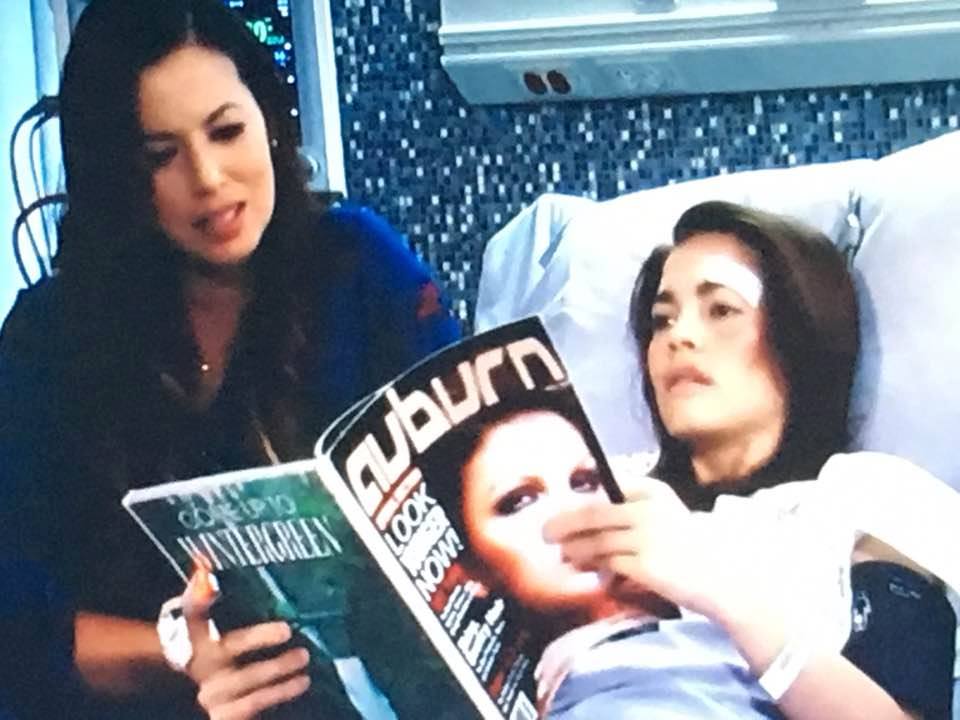 At least we assume it was Andrea Compton, the 1996 Auburn grad who as the soap’s senior production coordinator has made a habit of inserting Auburn Easter eggs into as many episodes as possible.

“I started asking around, wondering if I could get some Auburn pennants for the set at Jake’s bar,” Compton told the real Auburn Magazine in 2009. “It got cleared by legal, and when the first episodes of karaoke night aired, lo and behold, the Auburn pennants were in every shot. I thought it was the coolest thing.”