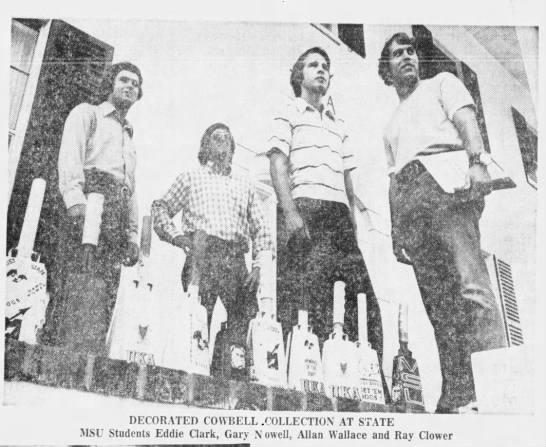 Thanks to a written complaint to the SEC from Auburn coach Shug Jordan, the bells were deemed artificial noisemakers and banned in early 1975. MSU needed options. Everything was on the table. Because judging by one of the suggestions for a replacement, it wasn’t the cowbells, per se, that were so beloved by fans, but what they did: Limited Bulldog opponents to only four senses.

“Mississippi State officials say they are casting about for some other device with which to support their teams,” the AP reported after the ban went into effect.

One suggested device: Handheld mirrors. Why mirrors? Oh, just because the mirrors would, you know, be “quite flashy”, as head Mississippi State cheerleader Frank Anger (no typo), who was spearheading the cowbell replacement campaign, told a reporter. And hey, they’re silent. 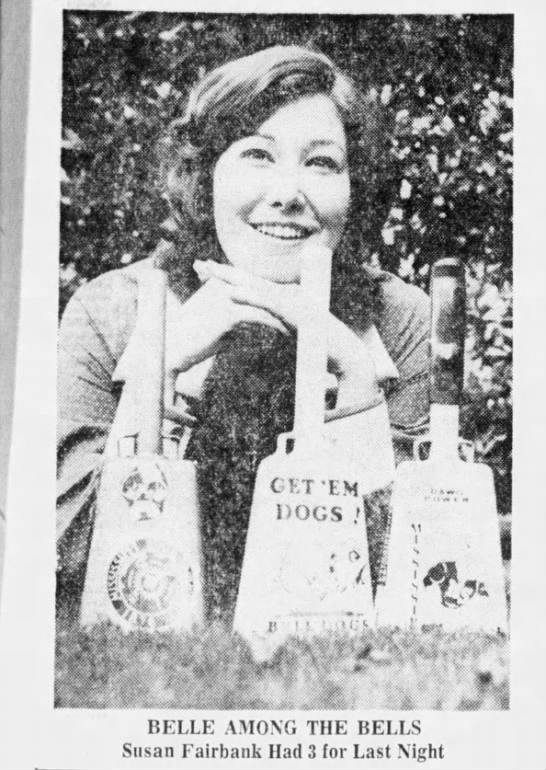 “He (Anger) quickly denied that MSU students plan to blind their opponents if they can’t deafen them.”

The two most popular alternatives being considered by MSU’s Student Government Association: shaking de-clangered cowbells while shouting “Ding Dong, Dammit”, and waving cow tails like shakers or towels or something.

Anger told the UPI that he wasn’t sure whether “the students who suggested cow tails mean fake appendages or the real thing.” 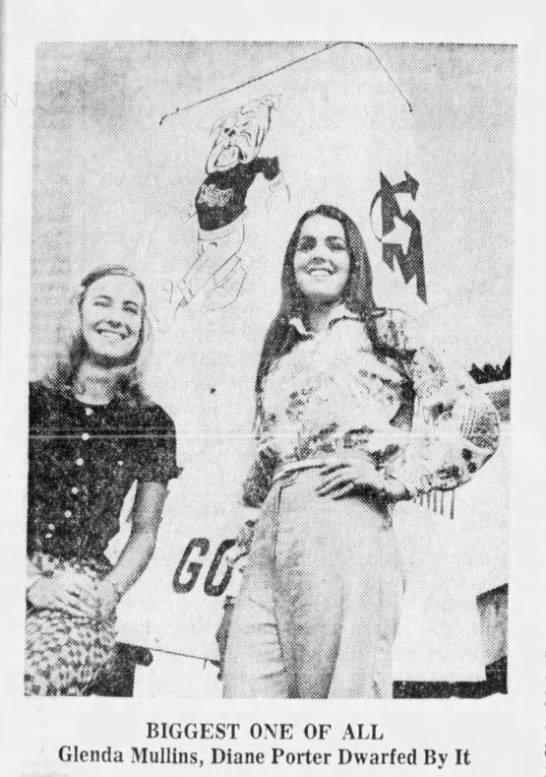 But with their distracting device designs still up in the air, students began boning up on their finger whistling, just in case.

Mississippi State ultimately said screw it, we’re keeping the cowbells — clangers intact — and proceeded to ring them illegally for the next 35 years, and not without incident. After the 1981 Auburn-Mississippi State game, a Mississippi State professor actually sued Auburn University and the SEC for violating his constitutional rights after his cowbell was confiscated by Jordan-Hare Stadium security.

In 2010, the SEC finally said fine, whatever, ring them — just be cool about it.