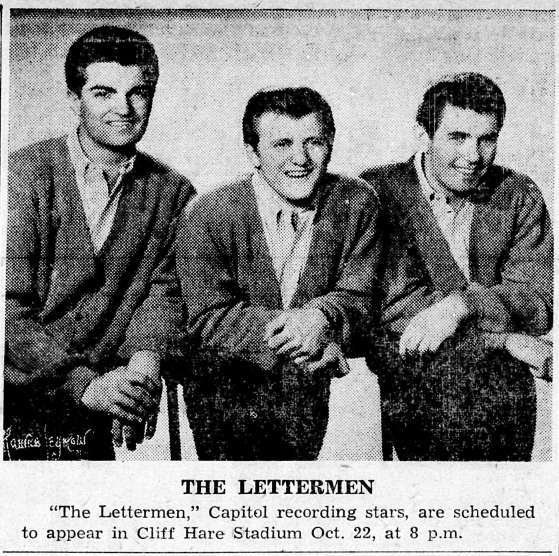 So memorable, in fact, was the 1964 concert the hit singing group played in yes, in Jordan-Hare Stadium, frontman Tony Butala is dedicated several pages to it in his upcoming autobiography Between Rock and a Heart Place.

For starters, the group was asked to weigh in on the looks of Glomerata Beauty finalists, who were narrowed down to six during the concert’s intermission.

“We were part of the judging on that,” says Butala, now 75. “(Lettermen member) Jim Pike actually started dating one of the girls.” 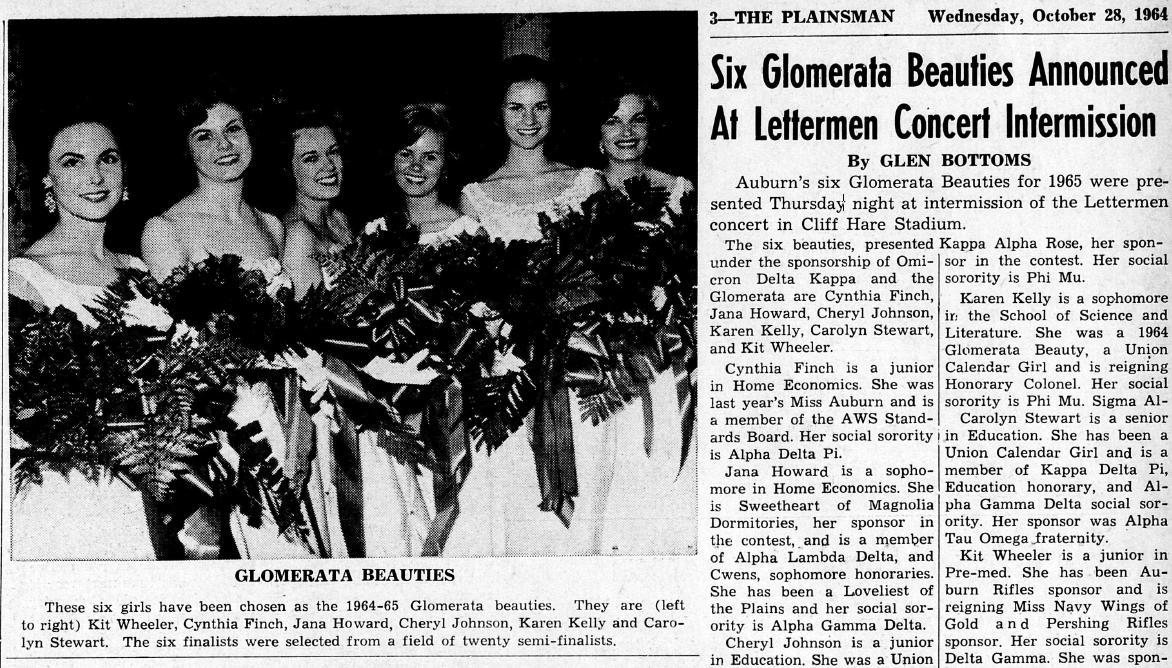 But Batula says that the sparks that flew later in the show are were the most memoir-worthy.

“The night before, we had played at Alabama. What we would do when we played colleges is that we would always bring the college kids into the show,” Butala recalls. “Bobby (Engemann) would take one side and we would divide the audience. Like in Tuscaloosa, we did a back and forth with who can be the loudest with saying ‘Roll Tide’. The next night we did the same thing with ‘War Eagle.'”

Except thanks to bullhorn-brandishing Bama students with nothing better to do—and who knew the shtick would be repeated on the Plains—no one heard “War Eagle.”

When prompting their respective sides to cheer, Butala andEngemann were repeatedly met with loud, metallic “Roll Tides” coming from behind the stadium. No one was amused.

“It really wasn’t funny at all,” Butala said. “Several thousand people looked around and we stopped the show. Once everyone gathered their wits and realized what was going on, several huge football ran behind the stage and found those kids from Alabama and whooped them. They broke their bullhorns.”

The Bama boys bolted. The show went on.

Afterwards, Butala says the group was given the royal treatment at a fraternity house. He can’t remember which—maybe Sigma Nu’s—”but it was the craziest group on campus.”

Butala and Co. repaid the hospitality by helping one of the fraternity brothers impress his girlfriend, whose dorm curfew kept her from seeing just how cool he was for hanging out with The Lettermen.

“We went and serenaded under his girlfriend’s dormitory window with a couple of sweet songs,” Butala says. “They later got married. That was a memory we took with us around the country.”

Fifty-two years later, it and others tales from the first concert—sorry Kenny Chesney, but yours will be at least the 4th—in Jordan-Hare Stadium, have made the cut for Butala’s book, which will be released this year in conjunction with the band’s 75th album.

“Those are just some of the beautiful stories of what happened with The Lettermen.”

Related: Kenny Chesney concert will be at least the fourth—not the first—major concert held in Jordan-Hare Stadium.