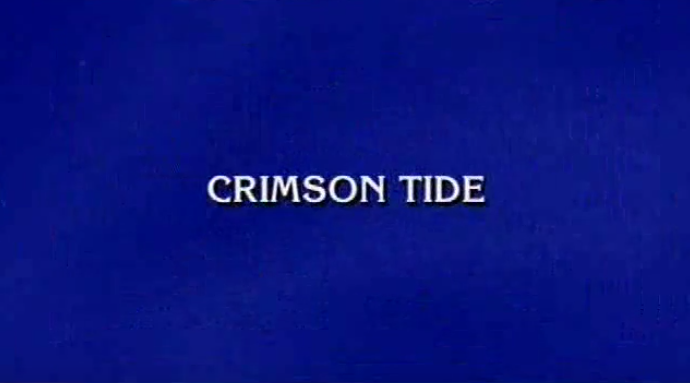 So they were obviously like, “oh man, we’ve been doing too much Auburn stuff lately. We have to throw Bama a bone, just like Pat Dye did in 1991. Do something on College Team Names and have an answer be ‘Crimson Tide.'”

But nope, not even that could keep Auburn from popping up on Jeopardy! for the millionth time in the past couple of months. Thanks, Terry!