Plenty of people have been named after Auburn Things. There are a few Jordans for Shug. Some Pats. Some Sullivans. Probably some Cams. There’s a Tiger (Shug gave him a scholarship) or two. There’s even an Auburn (who has to go by another name if he wants to work) and a WarEagle. But the most Auburn Thing name ever?

Auburn Thing was born in 1894 in Wayne City, Illinois. His family later moved to Eufaula—that’s Eufaula, Oklahoma. As a young man, Auburn Thing was popular. He was a guest list must at Eufaula luncheons, attending two in just one week in 1919.

Socially speaking, that year was also a big one for Bluebird Club member Mrs. Auburn Thing.

Auburn Thing worked as a clerk at a store owned by his father, H.D. Thing, who moved the business to Oklahoma City in 1921.

Auburn Thing moved, too, but he and Mrs. Auburn Thing still kept in touch with Eufaula folks like the Barnes and the Mounettes. 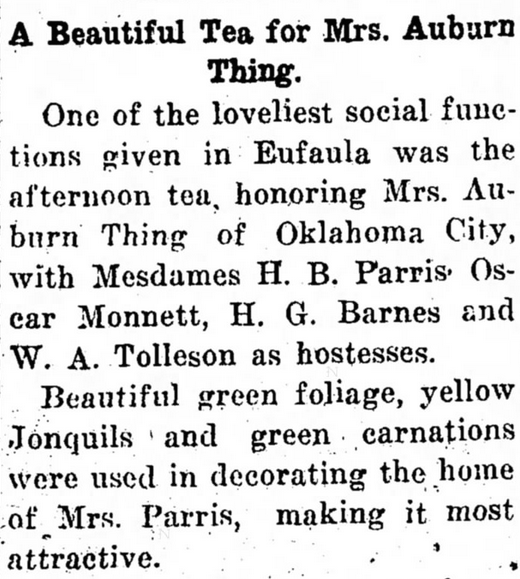 Even just taking a drive to Muskogee was blurb-worthy if you were talking about Mrs. Auburn Thing.

(OK, so his first name was technically James. But still, dude went by Auburn Thing. Rest in peace, Auburn Thing) 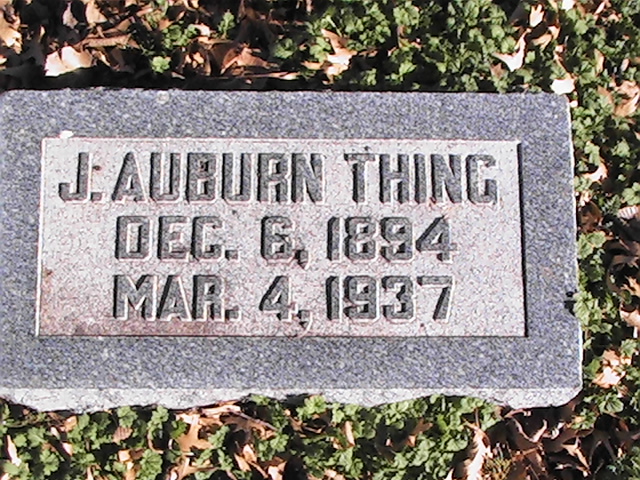 Related: The Thing That Ate Auburn.