Kentucky football was Kentucky football in the 1930s. They thought Chet “He Played For Notre Dame” Wynne could change that. Sure, he’d gone 5-5 at Auburn in 1933—pretty decent by Wildcats standards—but the year before they were undefeated Southern Conference champs! In late 1933, Kentucky made him offer. He took it–an actual football coach once left Auburn for Kentucky!–and he took Porter Grant with him.

Porter Grant (along with ol’ Shug) was one of the legendary Iron Men from Auburn. From 1930-32 he was one heck of an end. Wynne offered his a job as an assistant. It was a good hire. Kentucky players liked Porter Grant. They liked him a lot. 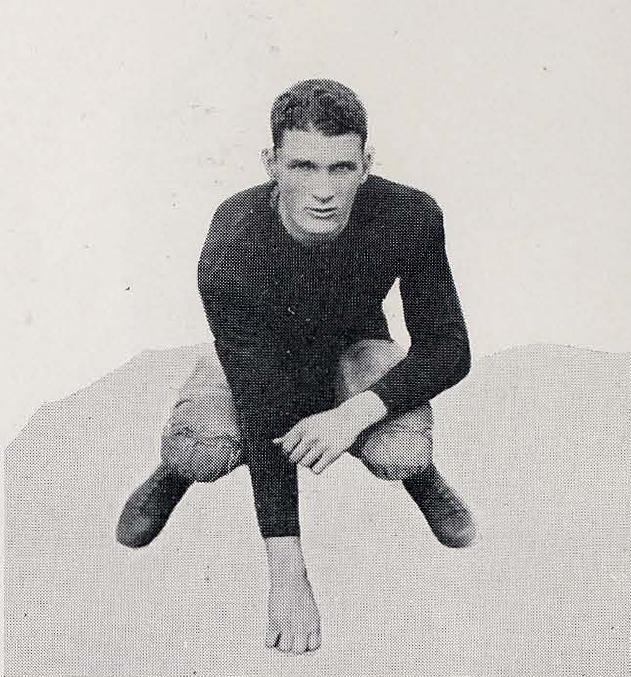 In fact, it’s entirely possible that no assistant coach has ever been more beloved than Porter Grant, seeing as how pretty much every player on the 1938 Kentucky squad were willing to lay down their college football lives for them.

Kentucky wound up 4-6 in 1937. They didn’t win a single SEC game. They didn’t score in a single SEC game. It was obvious that Chet Wynne wasn’t exactly Chet Win. Kentucky president Frank L. McVey asked for his resignation. He wouldn’t give it (only politicians resigned, he said). He had three years left on his contract. He knew Kentucky didn’t have the cash to buy it out. He wasn’t going anywhere.

Porter Grant, however, was more than willing to leave. He’d been asked to come back to Auburn as the school’s Alumni Secretary. And he could be an assistant under Wynne’s replacement, Jack Meagher. And Kentucky was a sinking ship. It wasn’t a hard decision for him to make. But it was a hard decision for his Kentucky players to accept… especially since they thought McVey was firing him (and this other guy, Tom Gorman) to “soft-soap” the alumni (because they knew he couldn’t fire Wynn and because somebody had to take the fall for how bad they were).

Grant had been “gracefully rejected by alien pressure” — that’s how the players put it in their petition to the president to have Grant reinstated or else. And it was a downright unprecedented “else”: Either Grant got his job back or 70(!) Kentucky Wildcats would “voluntarily retire from the University’s football program.”

Kentucky’s student paper, the Kernel, was all about it.

“With many real problems to be solved and mended, it seems that obvious ailments causing our football shortcomings have been avoided,” the Kernel wrote. “Instead of yanking some of the weeds out of the garden, the ‘bosses’ extracted the valuable plants in the hope the wolves would be satisfied.”

Here’s the Plainsman’s story on the brouhaha:

The players only backed down after an AP reporter called Grant and confirmed McVey’s account.

His answering the phone may have saved the Kentucky football program, thus providing top tier SEC teams for seasons to come an appreciated annual resource: confidence.

Grant actually became Auburn’s head baseball coach in 1940. He coached a year and then left to go whip the dreaded Hun. He came back as a Lieutenant-Colonel four years later and served as Auburn’s assistant athletic director for a year or so.

They finally forced Wynne after the 1938 season.