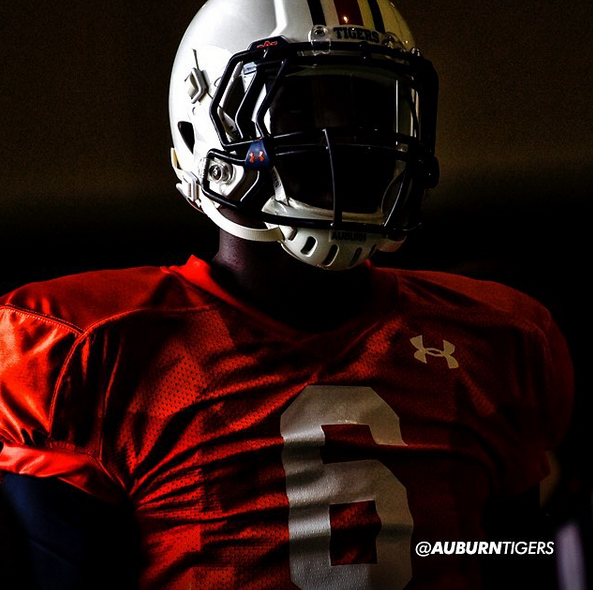 In a recent episode of The Wishbone podcast Van Plexico asked me “What kind of season will Jeremy Johnson have? What will his final statistics look like?” I threw something out, but I wanted to at least attempt to answer the question in a more thorough and thoughtful manner.

So by looking at the results of Johnson’s limited playing time, the history of quarterbacks in a Gus Malzahn offense, and what other SEC quarterbacks have done over the past five years, here’s an attempt to project Jeremy Johnson’s final statistics for the 2015 regular season.

(An important reminder before we continue: in college football, sacks are considered a rushing attempt by the quarterback and are included in their rushing attempts and totals.  So a quarterback like Chris Todd ran the ball very few times other than the times he was rushed while attempting a pass. In 2009, Todd had 44 rushing attempts for a net negative 116 yards. Yes—his rushing total is a negative number. Meanwhile Nick Marshall rushing 153 times for 798 yards also includes some negative plays, times where where he was either sacked or lost yardage rushing the ball.)

Does that seem very aggressive? It may be. The passing yardage total would be the second best passing season in Auburn history. But Auburn is going to pass more often this season, giving Johnson the opportunity to do more through the air. In Malzhan’s years running this offense his quarterbacks have averaged 8.2 yards per passing attempt as a group. So if Johnson averaged 8.2 yards per attempt his per-game passing yardage would go up to 254 yards per game (and 8.2 yards per attempt is not an unreasonable assumption—it would have been 5th in the SEC last year.)

Historical data on quarterbacks in this system: 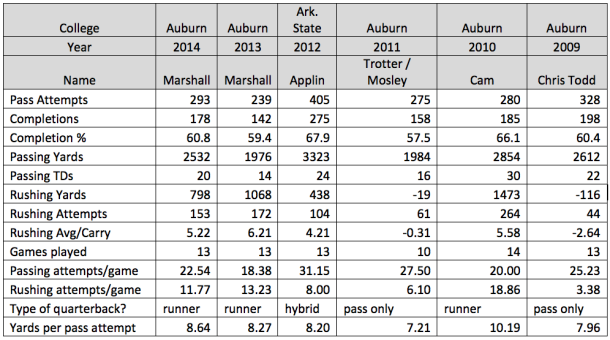 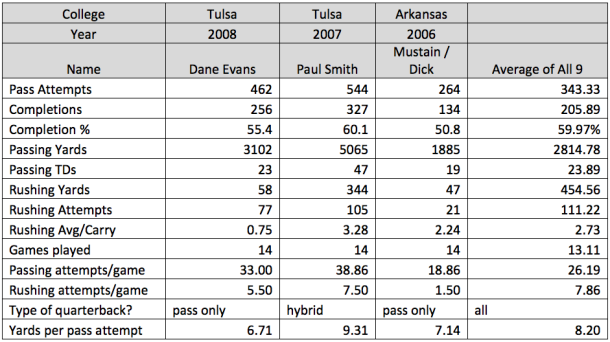