Next Friday, Auburn’s Board of Trustees will yea or nay a proposal for a new 200-foot-wide scoreboard above the south end zone of Jordan-Hare Stadium that would replace the ol ‘Tron in time for the 2015 season. Estimated cost: $13.9 million. If the university pays for it, the Athletics Department will pay them back. The proposal doesn’t say how, exactly, but that’s what it says. 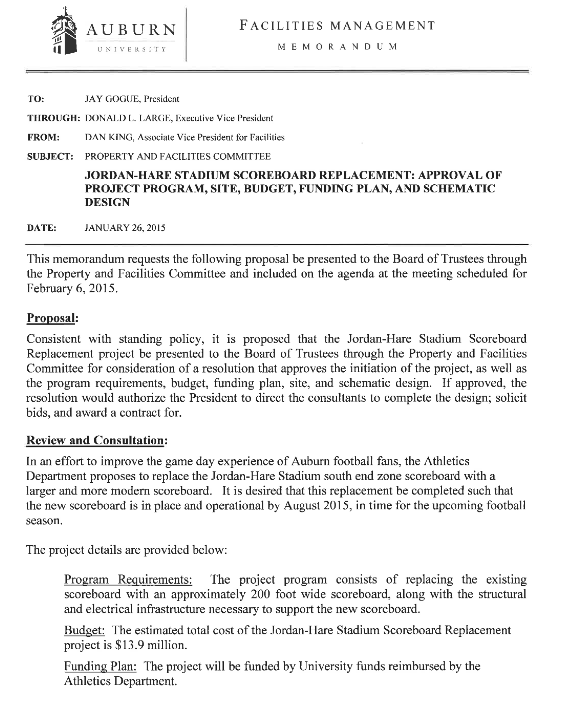 But that’s just the new stuff that would be operational (clock on wood) by 2015. There’s some other big, less specific stadium improvements winding their way to the Whereas stage. 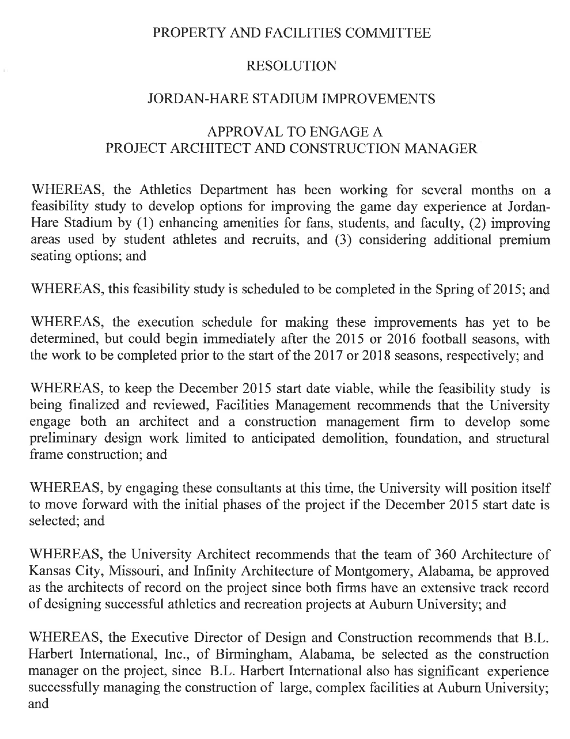