If they have a print of this–and how in the world could they not?–it has to be at the top of the Grab In Case of Fire list in the Housel household.  Imagine being an Auburn fan, being someone who has devoted your entire young life to Auburn, and being able to dress as Santa Claus in the early 70s (probably ’72 or ’73 — I know these things) and pose with Shug. Being able to tell Shug Jordan not just “War Eagle” but “Ho, ho, ho.” And flash peace. Or deuces. Or victory or whatever. 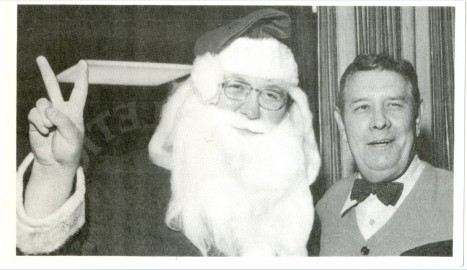 I don’t know, I smiled pretty big when I saw it.

Related: ‘Grandma Got Run Over by a Reindeer’ got recorded by an Auburn grad.