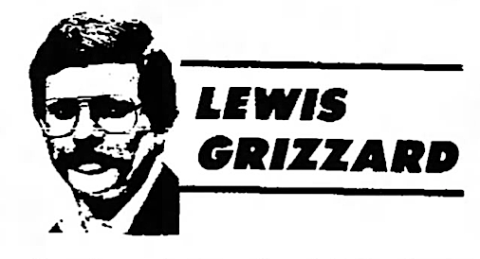 Lewis Grizzard wrote that he loved David Housel. He wrote he thought Auburn fans had class. Despite being a devout Georgia fan, he even wrote one of the finest columns on the Amazins you’ll ever read. But he turned his typewriter on us after the 1986 Georgia game.

(See if you can guess which former Birmingham Commissioner for Public Safety he compared “the jerk who ordered the water hoses turned on” to before you get to the end.) 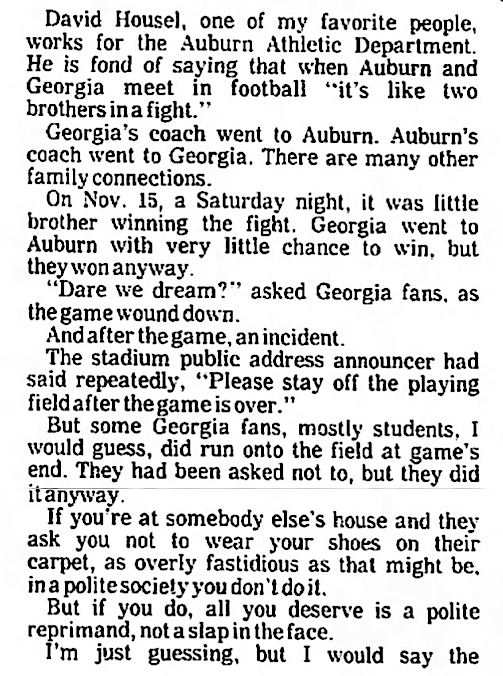 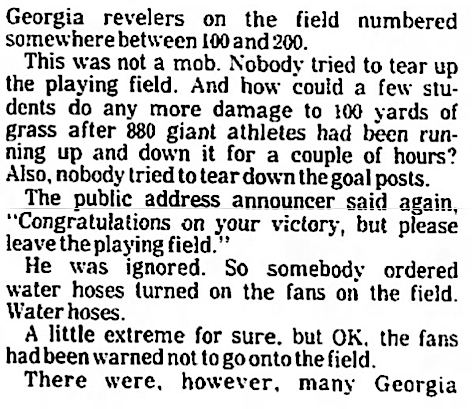 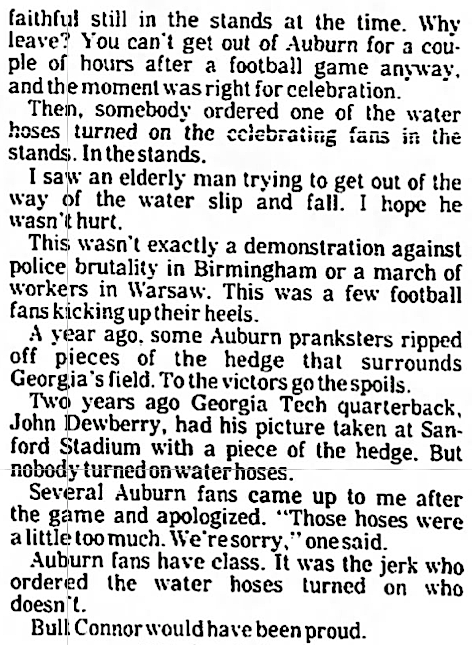 As fate would have it, the columnist was scheduled for a speaking appearance at Auburn the following January. He opened with a hoses joke.

“Well, it’s not as wet as it was the last time I was here,” he told 4,400 folks in Beard-Eaves Memorial Coliseum before calling the Auburn-Georgia “one of the greatest examples of sociological progress” he’d ever seen. You know, because a black man was operating one of the water cannons. And most of the Georgia fans on the field were white.

“For his finale, Grizzard shouted a light-heated ‘War Eagle,’ which received the loudest ovation of them all,” the Plainsman wrote. “He swore he would never do that again.” 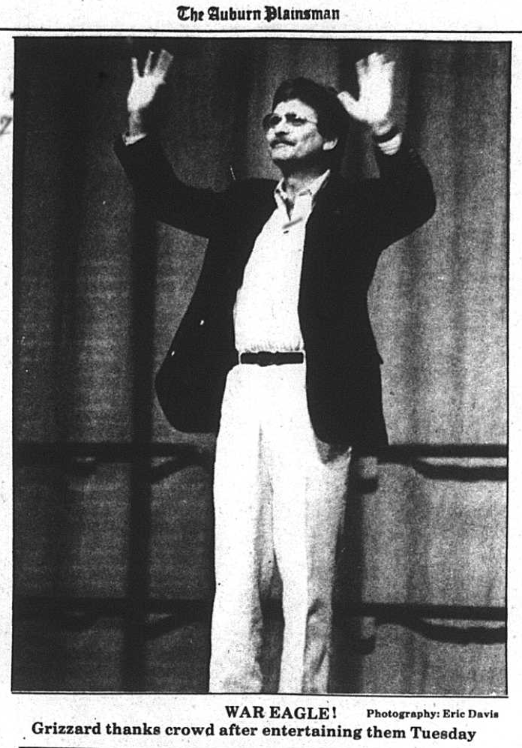 Related: Man who turned the hoses on Georgia fans in 1986 tells all.

* That time Auburn tore down the goalposts after upsetting undefeated Georgia and put them up at Toomer’s Corner for a week or so
* This story on the 1915 Auburn-Georgia game is the greatest thing ever written about Auburn football
* Night Brooded Over Jordan-Hare: An Auburn philosophy professor goes deep on The Miracle
* The pledge Auburn players had to sign before beating Georgia for the first time
* Amazing rare photos from the 1972 BURN THE BULLDOGS pep rally
* Grown Auburn fan still coming to terms with 1992 loss to Georgia
* Pat Dye, Georgia loudmouth
* The Deep South’s Miscounted Rivalry: Auburn’s 1899 win over Georgia was somehow erased from the record books.