Beating Bama, being returning SEC Champs… it just feels like we’re entering another golden age of Auburn football, just like it was when I was six years old, when Pat Dye was the most famous person in the world. So it came as no surprise to receive a photo of six-year-old Micah Fuller dressed up as Gus Malzahn for Celebrity Day, which was held Wednesday at Sparta Academy in Evergreen, Ala. 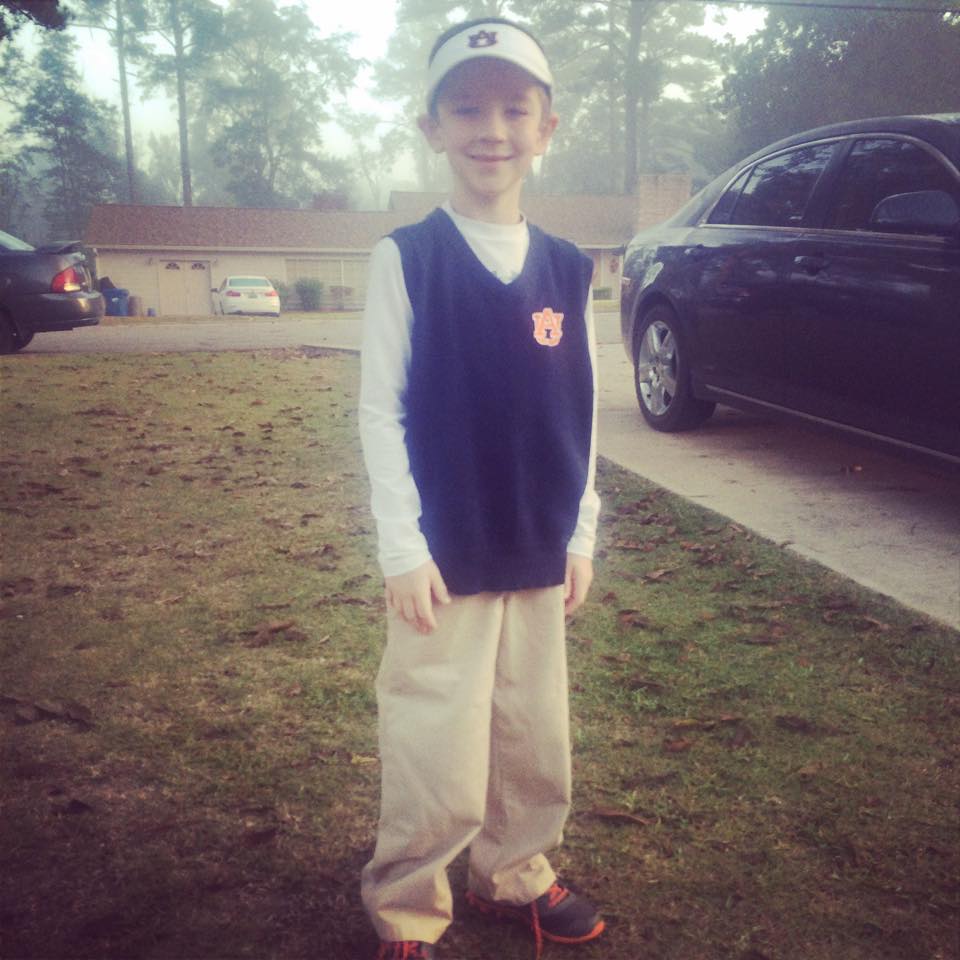 Micah’s mother, Kristi Garner, said the first grader came up with the idea for the costume–plaid pants, white long sleeve shirt, Auburn sweater vest and visor–on his own.

His friend, however, loves Alabama football.

“Coincidentally, another student in his class dressed up like (Nick) Saban,” Garner said. “They’re good friends. I thought it was cute.” 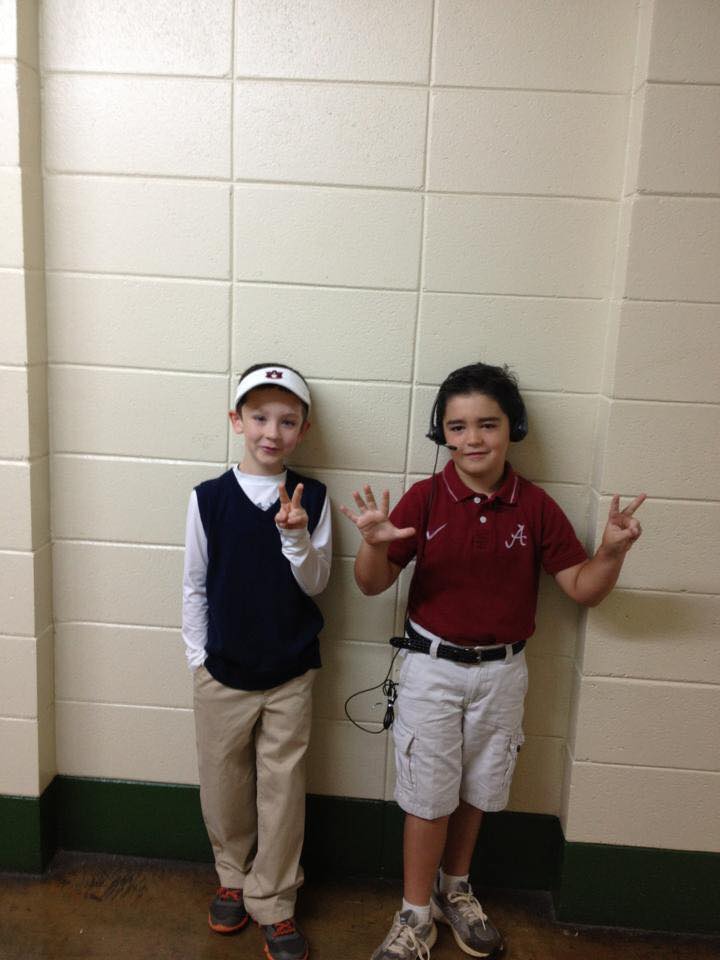 No, those aren’t gang signs — the two fingers Micah is flashing, and the seven fingers his Bama buddy has up represent this week’s respective ranks for their favorite teams: Auburn is ranked second in the latest AP Poll, Alabama is seventh.